Home / business / American inspectors will not be allowed in the Crimea

American inspectors will not be allowed in the Crimea 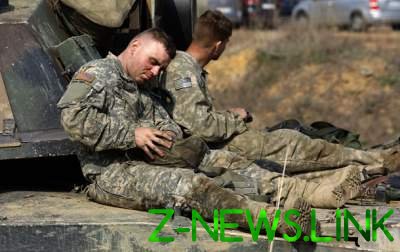 The General staff said this out of despair, you believe the Crimean “authorities”.

The visit to the Crimea the American weapons inspectors announced by the authorities of Ukraine, is impossible. This was stated by the so-called Vice-Premier of the Crimean government Georgiy Muradov.

“This is a delusion of despair. Of course, no one’s come or will not come. And everyone who wants to look at today’s Crimea through Russian territory you can come, our doors are always open,” said Muradov.

Recall that in the armed forces General staff announced that November 13 will arrive in Ukraine, a multinational inspection team USA with the purpose of monitoring military-political situation in Central and South-Eastern regions of the country. The inspection team will visit military units in the ATO area in the Donbas, and will test the Crimea.