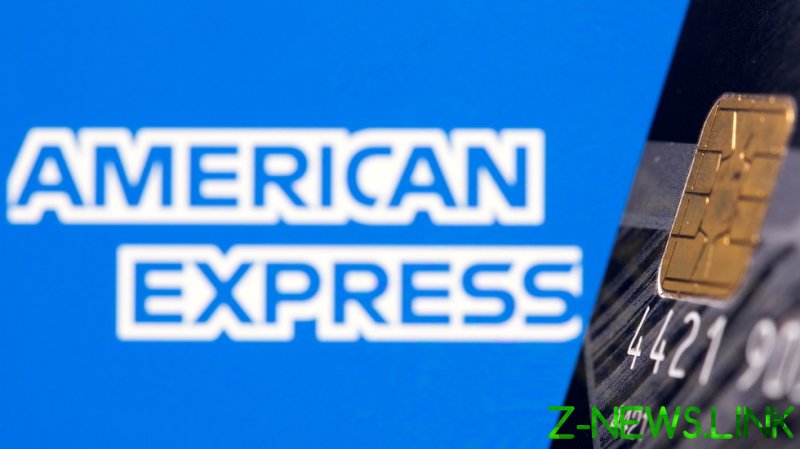 A trove of internal documents published by journalist Christopher Rufo on Wednesday purported to show a diversity training course put on by the financial services giant last year, largely centered on promoting “racial equity and progress.”

Trafficking heavily in concepts such as “white privilege,” “microaggressions” and “intersectionality,” the course informs white staffers of their duty to be dedicated anti-racist “allies,” which includes reflecting on their own inborn racism and deferring to people of color so as to not “speak over” them.

As part of the seminar – which Rufo said was put together last year soon after the death of George Floyd in police custody – AmEx invited Harvard professor and author Khalil Muhammad to give a lecture on “race in corporate America.” The academic, who is also the great-grandson of Nation of Islam founder Elijah Muhammad, told employees that capitalism was built on “racist logics and forms of domination,” adding that it had created large inequalities through “exploitative, extractive systemic racism.”

Muhammad went on to urge American Express to look at its own role in “racial capitalism,” at one point even saying the company should “be willing to accept smaller profit margins in certain business lines, in order to do the kind of work to address societal imbalance.”

It is unclear whether the credit card behemoth ever took that advice under consideration, having reported $2.3 billion in profits in the last quarter alone. In May, however, AmEx did devote $40 million to an “opportunity fund” for businesses owned by people of color, hoping to give them a needed jolt after months of lockdowns amid the Covid-19 pandemic.

Another section of the training seminar cites a lengthy passage from Ibram X. Kendi, author of ‘How to be an Anti-Racist,’ in which he exhorts readers to “learn about covert white supremacy” while stating that it is impossible to become “not racist.” Instead, he argued that one “can only strive to be ‘anti-racist’ on a daily basis” and must embark on a perpetual, “lifelong task of overcoming our country’s racist heritage.”

A handout on “microaggressions” also tells white workers to avoid phrases such as “I don’t see color,” as that purportedly implies “denial of a person’s racial/ethnic experiences.” Even simple statements like “I’m not a racist” are off-limits, the document goes on, explaining that “everyone” harbors some form of inherent bigotry or “unconscious bias” toward other groups.

Rufo noted that American Express employees were also given resources for further reading into a laundry list of related topics – or some seemingly not so related  – including material on prison abolition, “the case for reparations” and an article explaining that “children are not colorblind.”

The company is the latest in a long series of major corporations to offer similar courses, many using the same progressive buzzwords about “racial justice,” “whiteness” and “marginalized communities.”  Coca-Cola, for example, was criticized earlier this year after it urged its workers to “be less white” in a company seminar put together by Robin DiAngelo, who is among the most high-profile of the corporate race-trainers and known to charge up to $40,000 for just a few hours of her wisdom.

Critics, with Rufo chief among them, have argued the courses draw concepts from ‘critical race theory,’ a broad academic movement that stresses the importance of racial identity and racism in America’s culture and legal system.