Home / WORLD / American ex-governor says he now identifies as ‘Chinese’ so he can get free stuff, leading to accusations of fueling hate

American ex-governor says he now identifies as ‘Chinese’ so he can get free stuff, leading to accusations of fueling hate 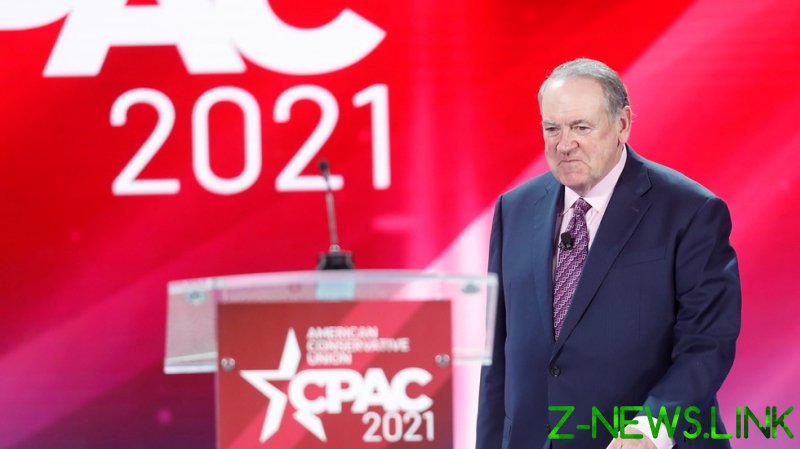 “I’ve decided to ‘identify’ as Chinese. Coke will like me, Delta will agree with my ‘values’ and I’ll probably get shoes from Nike & tickets to @MLB games. Ain’t America great?” Huckabee, the former governor of Arkansas and now a long-running television host, tweeted over the weekend.

Huckabee’s tweet appears to be a hit at identity politics connecting two separate issues that have gotten the attention of major corporations. Coke, Delta, and Major League Baseball have also protested Georgia’s controversial new voting law, with the MLB even moving their much-anticipated All Star Game out of Atlanta in light of the new measure passing.

Democrats have slammed the new law, which adds an identification requirement for absentee ballots and limits certain aspects of voting, like ballot drop boxes, as discriminatory, but Republicans have defended it as necessary to ensure election integrity.

Companies such as Nike have also been releasing ads speaking out against anti-Asian hate, as well as donating money to various groups, following a recent study that claimed there was a 150% increase in hate crimes against Asian Americans last year, which many liberals say was spurred on by reports of the Covid-19 pandemic originating in Wuhan, China, as well as former President Donald Trump referring to the virus as “the China virus” and “kung flu.”

Huckabee’s bizarre combination of both of these issues for his joke did not land well, as he was accused by many of fueling anti-Asian hate and racism, with the Republican finding his ‘joke’ trending on social media on Easter Sunday.

“Hey Mike Huckabee, I asked around and Coke likes me, Delta agrees with my values, I wear Nikes and my hometown Dodgers won the World Series,” Congressman Ted Lieu (D-California) tweeted in reaction to Huckabee’s tweet. “But it’s not because of my ethnicity. It’s because I’m not a s**thead like you who is adding fuel to anti-Asian hate.”

Huckabee attempted to defend himself after author and Bible teacher Beth Moore expressed personal disappointment in him, though the former governor fell short of apologizing.

“Mike, I’ve shared a meal with you at your beautiful table. I’ve heard you profess Christ as Lord. This is entirely antithetical to the gospel,” Moore tweeted.

Huckabee responded by simply saying he doesn’t take Twitter or himself “that seriously.”