American engineers presented a concept of a new space station 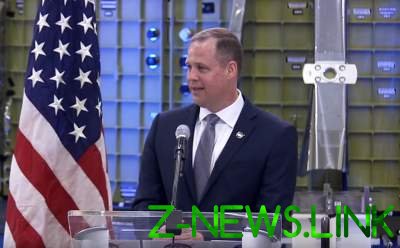 The station will be used for flights to other planets.

The international project “the Gate” involves the construction of a space station for flying people to the moon, Mars and other remote destinations.

The Council of countries that acts in the operation of the International space station endorsed the idea of creating another habitable complex, but a thousand times farther from Earth than the ISS. Project Gateway (Gate) – this station, which will serve first as a springboard for missions to the moon, and then a transit point on this and other interplanetary routes.

Such plan announced yesterday, March 11, the Director of the Aerospace Department of the United States James Breidenstein.

The project involves a commercial company.

The beginning of construction of the station in space is scheduled for 2022. The debut manned flight to the Gateway in reusable ship Orion, which will display the trajectory created now booster Space Launch System, scheduled for 2024, and the new landing on the moon before the end of 2020.

Astronauts can stay there for up to three months.

“Together we are ready to send humans farther into the Solar system than ever before. Lunar “Gateway” – the next significant step of the research of humanity,” said the ESA.

See also:  Police have detained suspects in the terrorist attack at the Central station of Brussels

Early draft suggested that a 40-ton station will orbit the moon, however, according to the press service of the ESA, it will be placed “further away from Earth than the ISS – but not on the lunar orbit”.

NASA elaborates: Gateway to move between different orbits depending on the needs.

“Like a house high in the mountains, the station is a refuge and a place for the accumulation of resources for astronauts on the way to more distant destinations. She will also become a station of communication (between the Earth, Moon and other objects – ed.) and perhaps a base for scientific research,” said NASA. 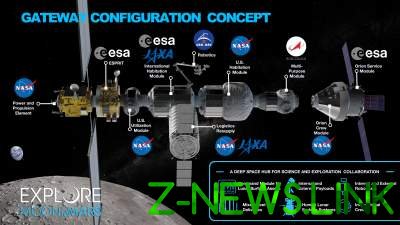 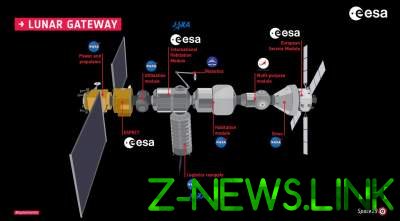