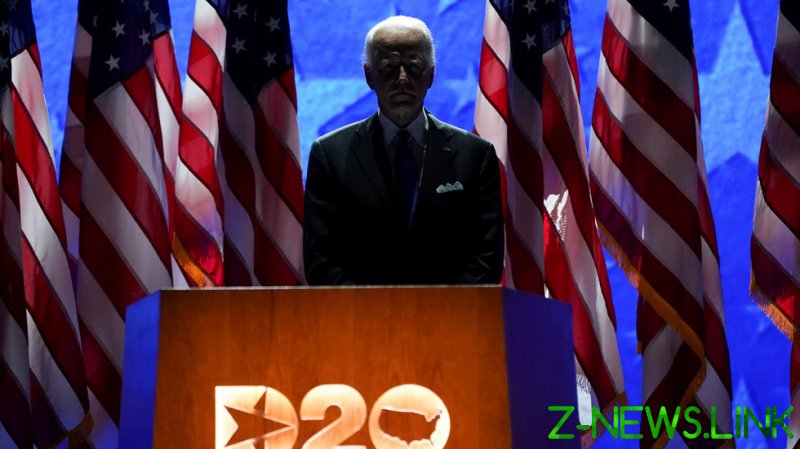 Democrats, Biden argued in the final speech of the 2020 Democratic National Convention, were the unifying “light” of America to the divisive “darkness” of President Donald Trump. He underscored that point by never actually referring to the “occupant of the White House” by name, as if he were a fantasy villain.

It wasn’t quite plagiarism, but the “dark” stuff was definitely recycled – Biden’s against climate change, after all – from 2016, when Democrats used it to describe Trump following the Republican convention that nominated him. Cartoonist Scott Adams noticed the “linguistic kill shot” at the time and pointed it out on his blog, and later in his best-selling book about the art of persuasion.

Yet whoever wrote the speech was not a genius, as evidenced by lines such as “This is not a partisan moment,” literally delivered at a party convention.

Barack Obama’s former vice president – and don’t you forget it! – definitely seemed in better form on Thursday evening than during much of the summer, which he spent in the basement of his Delaware home, often struggling to string together coherent sentences.

“We choose hope over fear, facts over fiction, fairness over privilege,” Biden said, finally delivering the line he famously flubbed a year ago. Yet in attempting to paint a contrast between “hope and light and love” his party supposedly offered and Trump’s “darkness… anger… fear… division,” he actually invoked three massive fictions, which he pretended were facts.

First of all, he argued Trump somehow “failed to protect America” from the coronavirus. The five million infected and 170,000 dead, the economic consequences of lockdowns that Democrats have championed – all Trump’s personal fault, he insisted, while offering nothing different except a national mask mandate.

“No miracle is coming!” he told America, even as he promised magical instant tests and “science.”

The second fiction was ‘Russiagate’. A President Biden, he said, would “not turn a blind eye to Russian bounties on the heads of American soldiers” or “put up with foreign interference in our most sacred democratic exercise.” These were direct references to a debunked New York Times story – the bounties were groundless speculation – and Hillary Clinton’s excuse for losing in 2016, which Democrats clearly remain obsessed with to this day.

The third, and biggest one of all, was the repeatedly debunked libel that Trump had called Neo-Nazis marching in Charlottesville in 2017 “very fine people.” Biden cited it as his reason to run for president, clearly believes it happened, and his allies in the media have pretended it happened – but none of that makes it so.

There were other puzzling things in the speech. Just minutes after declaring the American national character sullied by the “stain of racism,” Biden said America was “a great nation. And we are a good and decent people.” Yet such contradictions accurately reflect the current position of the Democrats.

Don’t expect any of this to be fact-checked by the mainstream media, though. Biden is their guy, he spent 47 years in Washington, he is the empty vessel into which they pour their hopes, dreams and aspirations. So they’ll try hard to hide the fact, clear to anyone who actually bothered to watch the speech, that angrily fear-mongering and telling dark and divisive untruths is a hell of a way to  be a champion of the “light.”