Home / FUNNY NEWS / American called the police because of the umbrella

American called the police because of the umbrella 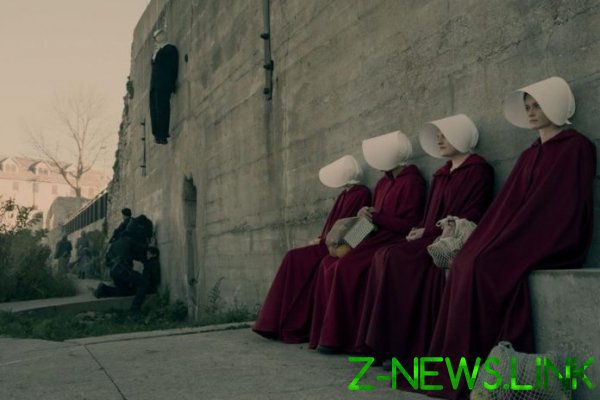 She confused him with a man.

A resident of new York Casey McCormick contacted 911 because she thought she saw on the roof of a man in a red cloak like in the TV series “the handmaid’s Tale”. Later it turned out that it was only an umbrella.

Police responded to a call of a woman. On the spot, they found a red umbrella attached to the table, standing on the roof of the house. They send McCormick a picture of an umbrella and jokingly added, “all safe.”

McCormick said that he felt very uncomfortable at the moment when I found out that it was an umbrella, but she also felt relief that it was not human.

“So much going on in politics, I would not be surprised if something terrible”,
the woman said, referring to recently enacted U.S. laws banning abortion.

The new York city police wrote about the incident in his Twitter. She posted next to a photograph of the phrase “blessed be the umbrella”, referring to the biblical phrase “blessed is the fruit” from the series “the handmaid’s Tale”.

The Department said that seriously to all calls, because “in the worst case you can return home with a great story.”

Blessed be the umbrella. Thank you Casey and the @POPSUGAR team for alerting us to this crime, glad we could save the day.

Jokes aside, if you’re ever hesitant about calling 911 — don’t be! We take all calls seriously, and worse case we get to go home with a great story. https://t.co/PJLNw9Gx0P