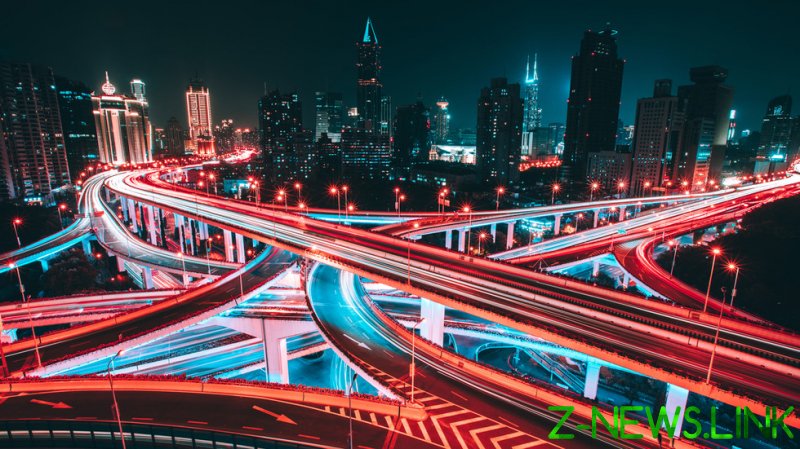 A new study by Harvard’s Growth Lab has found that “the technological level of China’s exports increased through the trade war with the US, according to a new ranking, which predicts the Chinese economy will grow faster than India’s over the next decade.”

It further states that the “complexity of China’s exports” has rapidly caught up with that of the US, from being half that of its rival 20 years ago to a near parity now. The study also suggests China is overcoming the impact of Washington’s tariffs and technology wars against it, an effort by the US which has been relentless, by increasing its high-tech exports to other regions.

Growth Lab manager Tim Cheston is cited by Bloomberg as saying that “Chinese exports are now at the level of having nearly filled all known areas of global products.” Their primary goal now is to “move from taking know-how from across the world, into true innovation,” he adds.

The study comes amid growing pressure from American business leaders and groups to remove tariffs on China, claiming that these have been damaging, a claim which was swiftly dismissed by the White House.

The study’s findings nicely illustrate the predicament the US faces, and why, for that matter, it is so obsessed with blacklisting Chinese firms and attempting to block their rise in high-end technology. However, it is also a sharp indication that those efforts are not yielding results, and will not slow down China’s growth trajectory. What we are seeing now is a phenomenon whereby China “moves up the global supply chain” through increasing technological prowess, not out of it, as some would hope.

While China is always known for manufacturing and exports, the term ‘Made in China’ has traditionally, albeit misleadingly, represented a cheap, low-end product of a poor quality. But that doesn’t quite capture the fact that not only is such discourse an orientalist stereotype, but undercuts and seemingly misses the transformation taking place in China’s own manufacturing and industrial capabilities over the past two decades.

The ‘what’ that China makes is changing, and this serves to undercut the industries which America traditionally dominates. This is why Washington has responded to the new geopolitical environment with a tidal wave of protectionism, and a new-found appetite for home-grown industrialism.

US President Joe Biden says he wants to “win” the 21st century and ‘own the technologies’ of the future, precisely because it is feared that China’s progress will eventually take that from them. His recent comments concerning cyberattacks came with a mix of bellicosity and condescension, showing how this fear of Chinaincreasingly shapes the national mindset.

As a result, America’s technological war against China has been ferocious. The Biden and Trump administrations have forcibly weaponized the semiconductor supply chain to blacklist hundreds of Chinese technology firms in their bids to prevent these from accessing critical components the US feels it wields advantages in, while others have been slapped with investment bans to prevent US capital reaching them.

The most notable target of all these actions has been Huawei and, in the midst of it all, China has quickly recognized that itmust race to self-sufficiency in semiconductor supplies in order to counter America’s bottlenecks and continue its development. The ability to produce high-end technology is ultimately the key between an advanced economy and a developing one, because it is “top of the value chain” – herein is what America hopes to cut off.

I like to think of South Korea as a model of what China’s economy will ultimately emulate, should it succeed. You have your leading technological conglomerates – Samsung, Hyundai and LG. They all produce sought-after critical semiconductor and chip technology, which is used to produce a range of compelling electronic products which dominate Korea’s economy, including computers, home appliances and smartphones. This creates a circuit of consumption, innovation and high-end production that drives Korea’s economy forwards, allowing it to rapidly become a high-income economy.

It is the ultimate difference between, let’s say, a ‘Latin American economy’ – whereby there is no home-grown technology, markets are completely open which stifles local industry, talent is vacuumed away to developed countries, exports remain low value, and a small minority of rich property owners sustain an unequal status quo. Their path to growth is blocked.

The US would like China to meet a similar fate, and this is the premise of their grand strategy. Not only to politically weaken China, but to ideally retrograde its technological capabilities and undermine its exports while forcing a full market opening so it can subsequently dominate the country to its own benefit, as opposed to China’s own development progressing.

For example, it doesn’t want China to make its own commercial jets which it then sells worldwide, but wants it to permanently buy from Boeing, etc. But the current technology strategy of attempting to “embargo” isn’t working. First of all, China’s own ability to innovate is vastly underappreciated, largely due to the proliferation of the highly racially charged and cliche stereotypes that China “steals” technology, which is why there is such an obsession with the belief “cutting China off” is the magic formula to stopping them.

However, China’s ability to create technology doesn’t solely hinge upon access to America. It helps of course, but this is ideological thinking that assumes Communist states can’t innovate. In practice, China has an enormous and increasingly educated workforce in the fields of science and technology, coupled with a state willing to invest billions upon billions on doing so.

Secondly, there is the argument that the US has not only ‘left it too late’ but also has incentivized this even more through their policies. There’s a saying about ‘being thrown in the deep end,’ or being put in a situation where you panic at first but, ultimately, learn quickly to swim.

As a clear example, China’s semiconductor industry is increasingly overcoming hurdles. China has recently mastered the production of 42-, 28- and 14-nm chip nodes, the latter of which is still sufficient to power the vast majority of electronic devices. The first China-made lithography machine is expected to debut later this year, showing they are already on the ‘ladder’ towards catching up to established players, and breaking free from the Dutch manufacturer ASML. As a different example, one should note how China’s own space agency, founded only in 1993, is in the process of leapfrogging NASA by proposing a Moon Base with Russia by the 2030s, as well as a human mission to Mars.

To put it lightly, the US has, arguably, vastly underestimated China’s own technological resolve and jumped head-first into a contest that may be a lot harder than they believe. Finally, one should realise that Chinese civilization was one of the greatest early innovators in human history, establishing many things the west had yet to learn. Only a myriad of ideological and racist stereotypes is blocking the west from recognizing China’s rapid technological advance, and US policies to disrupt it are not yielding results. America might be best focusing on its own capabilities.