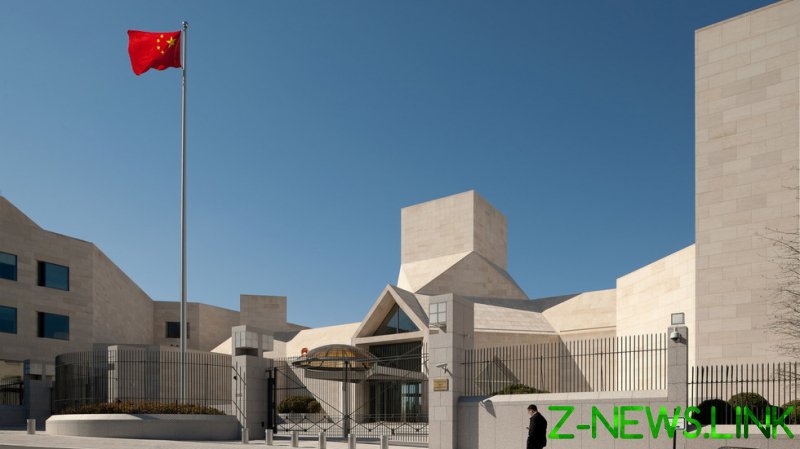 A Chicago man who attempted to throw a fire bomb at the Chinese embassy in the US will have to stay in jail for a week be evaluated for mental health, a magistrate judge in Washington, DC ordered on Friday. Benjamin Grabinski reportedly asked to be held in “isolation” out of fear of the general jail population.

Grabinski was arrested on Thursday, after throwing a bottle over the gate of the Chinese embassy, located in northwestern Washington. He had walked up to the embassy holding a glass bottle with a piece of cloth extending from its neck and attempted to light the cloth on fire, according to the authorities. When he failed, Grabinski threw the bottle over the gate and walked away. He was detained by US Secret Service agents a few blocks from the embassy.

“I tried to light it, but it didn’t work,” the agents said he told them.

Judge Zia Faruqui ordered a mental evaluation of Grabinski, with a report due next Friday at the detention hearing. Grabinski reportedly asked her to be held in “isolation” at the DC jail.

“I don’t want to have to turn [to] a white supremacist gang to survive in general population,” he said, according to Politico. 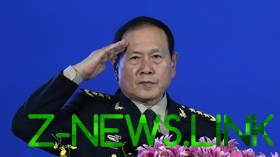 READ MORE: China tells US it’ll ‘fight at all costs’ for Taiwan

According to the affidavit filed on Friday, Grabinski had been stopped by a Secret Service officer outside the embassy on May 29, after he “continuously harassed” a security officer. He also allegedly threw a rock at the embassy and said, “Next time, it’s going to be a firebomb!”

Grabinski showed the agent an Illinois state ID and a Department of Veterans Affairs card. He also said he had thrown a “small rock” at the embassy and that he traveled to DC from Chicago to show “discontent for the Chinese government,” the affidavit said.