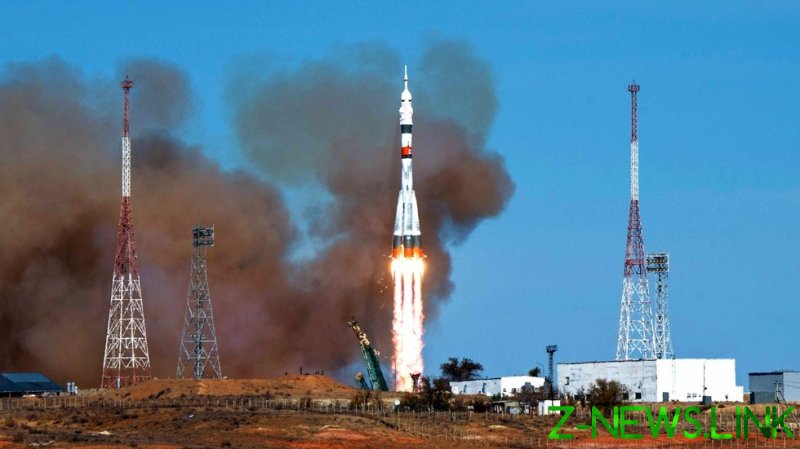 From 2011 to last year, the US relied on Russia’s Soyuz launch system to send its astronauts to live on the ISS, with America not having its own capability. In May 2020, Crew Dragon, a reusable spacecraft made by Elon Musk’s private company SpaceX, took two Americans to space for the first time on a US-made vehicle in nine years.

However, despite this progress, it appears that NASA will still need help from Moscow.

Revealed by Roscosmos on Wednesday, in late 2020 the Americans asked for a spot for astronaut Mark Vande Hei on Soyuz MS-18, due to go to the ISS on April 9. According to a press release, the request was made very late and interrupted the Russian flight program, but the company accepted it as a way to “confirm its commitment to joint agreements and the spirit of joint use of the International Space Station.”

“The tradition of international crews, which has existed for more than twenty years, will be continued again,” the statement said.

Before 2011, there was an agreement between Russia and the US to share seats on each other’s spacecraft. Last year, NASA reported that it would be negotiating with Roscosmos to bring back this crossover system. However, according to Rogozin, this latest agreement isn’t a swap-over.

“Flights to the ISS are unstable,” Rogozin wrote on Facebook. “There was an urgent need for them to find insurance and send their man on our ship, to make sure their segment on the space station isn’t left unattended. The talk of swapping seats has nothing to do with this at all,” he clarified, noting that the agreement was made with Axiom Space, a NASA contractor and private space company which has plans to eventually sell human spaceflight experiences to tourists who want to visit the ISS.

“It’s convenient for them, and we don’t care. We’ll invest the proceeds in new developments.”

In 2014, when he served as deputy prime minister, Rogozin famously joked that the US should use a trampoline to send its astronauts to space after sanctions that targeted the Russian space industry. In 2020, after the success of SpaceX, Musk quipped, “the trampoline is working!”

However, Musk was not to have the last laugh. Following the latest US request for a seat, Rogozin wrote on Facebook: “Apparently, the trampoline only works so-so.”