Home / WORLD / America, it’s 10pm. Do you know where your country is bombing?

America, it’s 10pm. Do you know where your country is bombing? 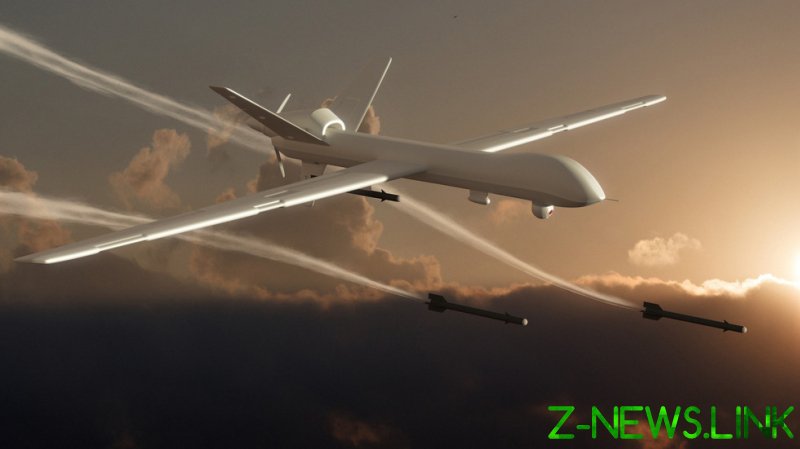 You might be surprised to know that the US has been relentlessly bombing Somalia, a country almost unheard of in the mainstream press for years. And this bombing is only increasing.

Somalia is a country located in the Horn of Africa. It borders both Ethiopia & Kenya and is situated just across the Gulf of Aden from Yemen – a country which itself has been bombarded and devastated by its northern neighbor Saudi Arabia, with US backing, from 2015 until the present time (though President Biden just announced that US assistance for this assault may be ending).

Somalia’s border on the Gulf of Aden makes that country of critical importance to the US, for any interruption of travel in those waters there would require ships and tankers in the Persian Gulf to make the long journey around the length of Africa to bring oil and other goods to the United States and Europe. This also makes this area “a valuable staging ground for navies to project power on to the Arabian Peninsula.”

The US has been intervening in Somalia in various ways for decades – first in the name of fighting communism and Soviet influence after Somalia dedicated itself to ‘scientific socialism’ in 1969, then in the name of humanitarianism in the early 1990’s, and then later in the name of the US’ so-called War on Terror from the time of George W. Bush to the present. Whatever the reason du jour, the US’ interventions have only further destabilized and devastated Somalia, despite successive US administrations’ claims to want to bring stability.

The first direct American intervention in Somalia began in 1992 with President George H.W. Bush’s Operation Restore Hope mission – an ostensibly humanitarian effort – pursuant to which the US sent 28,000 troops to that country. President Clinton continued this effort upon taking office in January of 1993, and ended it shortly after 18 US soldiers were killed in October of that year when Somali militants downed a US helicopter in the famous ‘Black Hawk Down’ incident. The US left Somalia in 1994, having failed to achieve stability in that country.

In 2001, US interest in Somalia was resurrected with Bush’s declaration of the War on Terror after the 9/11 attacks. Through the CIA, Bush began covert operations in Somalia which included the funding of brutal warlord groups which the US hoped would counter Islamic militants. However, there is wide agreement that this support of the warlords only destabilized Somalia further and helped to galvanize public support around the Islamists that the US was fighting. For example, “Matt Bryden, coordinator for the UN Monitoring Group on Somalia and Eritrea, told the Chicago Tribune that, in his opinion, the CIA’s cooperation with the warlords was ‘a stupid idea… it actually strengthened the hand of the Islamists and helped trigger the crisis we’re in today.’”

Then, in 2006, there was a ray of hope for Somalia with the emergence of the Islamic Courts Union (ICU) as the government of Somalia, with the ICU having widespread popular support and the ability and will to bring peace and stability – something the US had never achieved during its many years of intervention. Sadly, the ICU’s reign would be short-lived, with the most pivotal US intervention, one I can remember quite vividly, taking place only six months after the ICU’s rise. This was an intervention which quite certainly ended any chance of stability for Somalia for many years to come.

Writing in 2008, Chris Albin-Lackey, a senior researcher at Human Rights Watch, explained, “two years ago Somalia stood at a crossroads. After 16 anarchic years without a government, a coalition of Islamic courts had taken control of the capital, Mogadishu, bringing both ominously harsh rule and unprecedented stability. But Somalia’s powerful neighbor Ethiopia saw the rise of the bellicose courts as a threat to its national security, and the Bush administration accused the Islamic courts leadership of harboring terrorism suspects.”

In his article titled ‘The US Role in Somalia’s Calamity’, Albin-Lackey wrote, “when Ethiopia intervened militarily to crush the Islamic courts in December 2006, Washington supported its operation.” The result of this intervention, as all of the US’ interventions in its so-called War on Terror, was chaos and untold human suffering for the civilian population.

“The last two years have been an unmitigated disaster for the people of Somalia. The conflict pits the Ethiopian forces and Somalia’s ineffectual, internationally backed transitional government against a powerful but fragmented insurgency. All sides have routinely committed war crimes and serious human rights abuses.”

Albin-Lackey summed up the carnage wrought by the US-backed intervention: “Thousands of civilians have been killed, more than a million people are displaced from their homes, and millions of people teeter at the edge of famine. Aid workers, who had managed to assist Somali communities even during the most lawless periods before 2006, have been the targets of dozens of killings and kidnappings in 2008 and now watch helplessly from neighboring Kenya as the situation spirals out of control. America’s most visible response to the crisis has been a series of air strikes against terrorism suspects that have mostly killed civilians.” In short, this was another huge disaster for the people of Somalia brought about by the US in the name of fighting terrorism.

And, as per usual, the US’ intervention actually gave rise to the current terrorist group – Al-Shabaab – which the US cites as the pretext to continue its involvement in Somalia to the present day. As the New York Times explained in 2016, “in 2006, the United States gave clandestine support to Ethiopian troops invading the country to overthrow an Islamist movement that had taken control of Mogadishu. But the brutal urban warfare tactics of the Ethiopian troops created support for an insurgent movement that called itself Al Shabab, which means ‘The Youth.’”

As the Times explained, President Obama picked up where George W. Bush left off in Somalia, carrying out what the paper referred to as a “shadow war” by means of US Special Forces, private military contractors and plenty of aerial bombings. As the Times related, the US air “strikes have had a mixed record,” sometimes killing innocent civilians and even allied Somali soldiers. The Times noted, “outraged Somali officials said the Americans had been duped by clan rivals and fed bad intelligence, laying bare the complexities of waging a shadow war in Somalia.”

Under President Trump, the US campaign in Somalia only intensified, mainly in the form of airstrikes against Al-Shabaab. And although in January of this year, Trump withdrew American troops from Somalia, it’s likely that Biden will step up the campaign in 2021. As the Military Times explained, the US African Command (AFRICOM) “conducted 52 airstrikes in 2020, 63 in 2019, 47 in 2018, and 35 in 2017,” and has already conducted six airstrikes in Somalia this year. “At current rates, 2021 is on course to surpass the number of airstrikes conducted in Somalia in previous years,” the article predicts.

And, while the target of these bombings is the Al-Shabaab militant group which arose out of the US’ 2006 intervention, the campaign is taking a huge toll on the civilian population. As Time magazine recently wrote, ignoring the UN’s call to end all hostilities during the pandemic, the US has instead intensified its bombing campaign, killing scores of Somali civilians in the process. And, to add insult to injury, the US has been unwilling to count the dead, to interview even one witness of its errant bombings, or to compensate the families of those killed.

Time cites an Amnesty International spokesman who lamented: “the fact that civilians are still dying, sometimes unlawfully, and not a single family of the victims has yet been compensated, means that, after 13 years, the U.S. government still hasn’t figured out how to fight a war that prioritizes the needs of the people they say they are defending… If the U.S. government can’t fulfill its obligations to civilians while fighting a remote war of airstrikes, then it needs to reconsider its methods.” Such blatant disregard for civilian casualties only strengthens the resolve of the Somali militants as well as the population’s sympathy for them.

What we have seen time and time again, not only in Somalia, but in Libya, Syria, Iraq, and other theaters as well, is that the US cannot bring stability, democracy, or human rights to a country by bombing it. In truth, this should be an obvious fact a priori. And, instead of defeating terrorism, the US has only managed to create ever more terrorists through its high-handed military tactics. The American people must call upon the Biden administration to end this war for good and to focus its efforts on economic development and humanitarian aid to help create a more stable Somalia. But the first step in all of this is for the American people to know what the US has been doing and continues to do in that far-flung country.