Home / economy / America is ready to blow on “Gazprom” in Asia

America is ready to blow on “Gazprom” in Asia 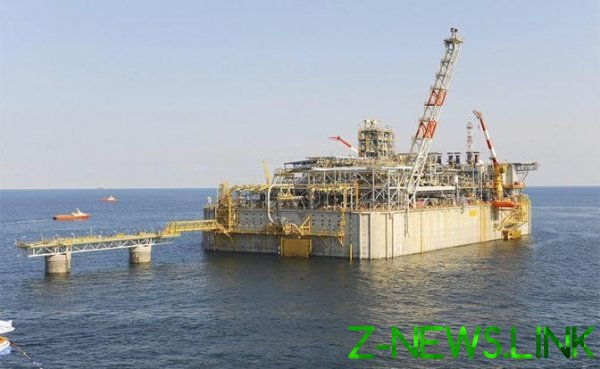 In recent years the situation in world energy markets is not favourable for producers of LNG. The world is literally awash in natural gas prices, which has significantly lost ground in the past year. Analysts believe that this is not the limit: the launch of new capacities for liquefied natural gas in different countries of the world exacerbate the problem of imbalance between supply and demand.

In these circumstances, investors are in no hurry to reap the fruits of the American shale gas revolution. Among the frozen projects were complex facilities for the extraction, liquefaction and transportation of natural gas from the rich fields of the North slope of Alaska — Alaska LNG. Yet, these capacities exist only on paper. Chances are that’s where they’ll stay. But, judging by recent publications in the Western media, the lobbyists of the project are not giving up on him. For “Gazprom” this creates a threat of increasing competition on the energy market of China.

The first reports about the Alaska LNG appeared 7 years ago, and in 2015 he took over thoroughly. By the time the state government have legislatively approved the construction of a pipeline with a length of 800 miles, by which gas from the North slopes must convey to the city of Nikiski (here it will liquefy and supply abroad).

The discussion was joined by private investors, the American Council for capital formation (ACCF) said the development of gas resources of Alaska the best way to develop the economy of the region. “There is a broad consensus that the path to economic progress of Alaska passes through the remote North slope of the state, where there are huge reserves of natural gas along the shores of the Beaufort sea, wrote to the authoritative us magazine World Oil. — The use of these reserves will create tens of thousands of jobs and expand the revenue base of Alaska billions of dollars.”

Nevertheless, broad consensus has not helped the lobbyists of the project. From year to year, they have updated the calculations, creating new presentations, consulted with the local authorities, but still not started to implement their ambitious plans.

Perhaps the root of the problem are large appetites, which fuels the abundance of natural resources of Alaska. The Northern slopes of the largest state in the United States, according to estimates of Americans can annually provide 20 million tons of LNG. This exceeds the total volume of production of the Russian company “NOVATEK” for 2019.

Alaska LNG is focused on the 20 million tons annually — what’s the point to build a small plant, when under the feet of such huge reserves of gas? But there is a flip side as well: where to sell the finished product? For domestic needs will go only a small part of it, but foreign markets can find their place under the sun very difficult. Americans still have no answer to the question of whether to invest tens of billions of dollars in sverhmasshtabnym and verhandeling energy project.

Obviously, a prerequisite for the implementation of the Alaska LNG is the conclusion of preliminary agreements with those who will import liquefied natural gas. As a potential “sponsor” the Americans considered the Asia-Pacific region, where the liquefied gas is especially in demand.

In 2017 the United States has managed to sign an agreement on joint development of LNG infrastructure in Alaska with China. The deal was signed in the presence of trump and XI Jinping. The Chinese side claimed three-quarters of the gas produced in the framework of the Alaska LNG. To state it was a real triumph.

“There are a few important steps to reach a final agreement, although the current Treaty — is a breakthrough, all five of the representatives put their signatures: the buyer, the borrower, the investor, the developer and the state government,” said the Alaska Governor bill Walker.

Thus, the “Power of Siberia” has a new potential competitor.

2017 Alaska LNG considered solely with reference to the Chinese market (it is clear that without long-term agreements with Beijing, the project does not make sense). But increased trade confrontation between the US with China, if not buried, then postponed its implementation indefinitely. In response to a 25 percent duty, which trump has levied more than three hundred kinds of Chinese goods, Beijing has imposed a surcharge on us LNG. Trade in hydrocarbons between the two countries gradually disappeared. Thus, the Americans have lost access to the most promising gas market in the world. Automatically many projects focused on exports to Asia, is under threat of bankruptcy. And about the Alaska LNG generally had to forget.

In the middle of last year, the Americans refused to renew the contract with partners from China. This was announced by acting President of the company Alaska Gasline Development Corp. (AGDC), Joe Gabler at the meeting of the resource Committee of the house of representatives of Alaska. He frankly admitted that the American-Chinese project Alaska LNG “no longer exists”: “There are many things that simply will not happen. We would feel dishonest, extending the agreement contains numerous provisions that cannot be applied to what we intend to do.”

Recently the talks about investment in Alaska LNG resumed. And no wonder: the negotiations, the U.S. and China come to fruition. Intermediate economic and trade agreement requires the U.S. return to the Chinese energy market. Beijing has pledged to increase purchases of LNG, oil, petroleum products and coal from the United States more than $ 52 billion in two years. “Energy procurement cost of $ 50 billion is great news for our people: today we are the number one in the production of energy resources in the world, larger than Saudi Arabia and Russia,” boasted Donald trump.

For Moscow in the first phase of commercial transactions in the US and China has its advantages. According to experts, it will help to stabilize gas prices: us LNG, which surged in Europe after the introduction of the Chinese duties comes back. In the Western sector, “Gazprom” will be less competition. But the plans to increase energy exports to China naturally be called into question.

Soon China will obviously not be able to significantly reduce the import of gas and oil from Russia (the terms of cooperation spelled out in long-term contracts). But on the second line the “Power of Siberia” to speak of.

Ending the trade war, the United States and China revives lobbyists Alaska LNG. According to the U.S. information Agency S&P Global Platts, which specializiruetsya on the study of hydrocarbon markets, Alaska is still working on this project. Joe Dubler reminded that AGDC has an agreement with ExxonMobil and BP.

However, for 2020 the budget of the Alaska LNG will be reduced to just $ 15 million. The money will go to overcome bureaucratic obstacles: the Federal energy regulatory Commission (FERC) has not yet completed environmental review and has not given permission to start construction work.

It was planned that the first LNG deliveries from Alaska will start in the years 2024-2025. Now the timing is shifted, but the “bury” Alaska LNG the Americans are not in a hurry. It is possible that the Chinese again show an interest in the project — either by themselves or under the pressure of Washington. In addition, Alaska LNG has its advantages. Supporters of the new large facility for the liquefaction of gas in the United States put forward the following argument: the route of delivery of LNG to Asia from Alaska is shorter than from the Gulf coast, where the main export capacity of the United States. In addition, revenues from the exploitation of Alaska LNG can be used for the construction of icebreakers and deepwater ports, which the Americans in recent years have not paid adequate attention. “Economic activity in the North will help to Finance infrastructure in the North” — a formula suggested an expert on Arctic policy from the Woodrow Wilson Center in Washington Mead Treadwell.

Even if the Chinese do not seduce the potential economic benefits of the Alaska LNG, the US has many other economic and political arguments. Agreement on this issue may well become a part of the final trade deal between the US and China. Then, obviously, “Gazprom” will have to rethink the strategy of reorientation of its export capacity to the East — its dependence on exports to Europe promises only to intensify.