Home / WORLD / America is ‘on the brink of a widening abyss,’ former US president warns

America is ‘on the brink of a widening abyss,’ former US president warns 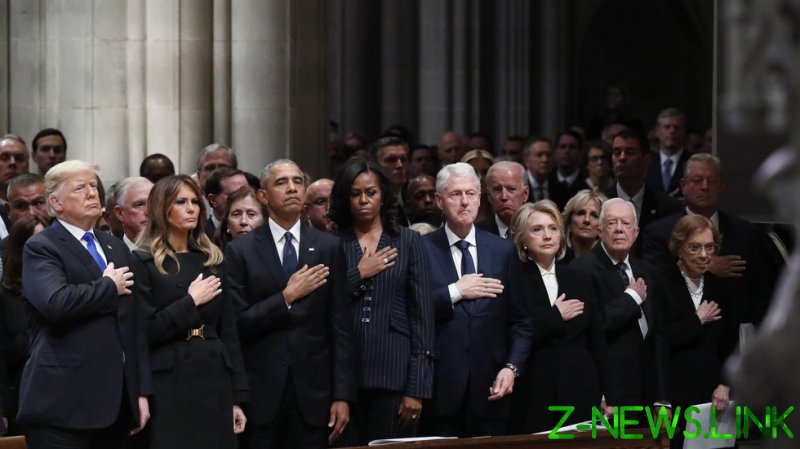 Former US President Jimmy Carter has penned an op-ed warning Americans that the country needs to take “immediate action” if it is going to keep from losing its “precious democracy.”

“Our great nation now teeters on the brink of a widening abyss,” Carter, who served as president from 1977 to 1981, wrote in a guest column for the New York Times, published on the eve of the anniversary of the January 6 Capitol riot.

According to Carter, “Americans must set aside their differences and work together before it is too late.”

The former president also made sure to condemn the Capitol riot, however, along with anyone who has suggested there was any fraud in the 2020 presidential election – a claim which continues to be made by former President Donald Trump and some of his supporters.

“There followed a brief hope that the insurrection would shock the nation into addressing the toxic polarization that threatens our democracy,” Carter wrote, adding that “promoters of the lie that the election was stolen have taken over one political party” and “stoked distrust” in the electoral process. In a speech on Thursday, President Joe Biden similarly targeted the Republican Party as a whole, saying it has “transformed into something else” since Trump.

Carter joined fellow former Presidents George W. Bush, Barack Obama, and Bill Clinton in condemning the Capitol riot shortly after January 6. Over 700 people have been charged in connection with the incident, and a House committee continues to investigate the alleged responsibility of Trump on the day’s events, as he spoke in Washington, DC shortly before the riot, continuing to push his belief that the election was stolen.

Carter claims the US has “fought so hard” to achieve “the right to free, fair elections” on a global scale that now the basic right is in a “dangerously fragile” state at home.

While Carter’s op-ed was supposedly written for all Americans, it has mainly earned praise from left-wing activists and celebrities.