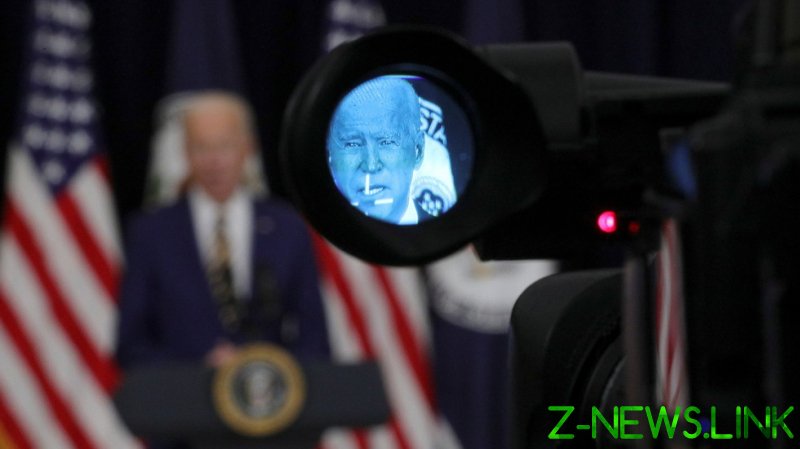 Speaking at the State Department headquarters in the nation’s capital on Thursday, Biden outlined his foreign policy vision in a 20-minute address, laying out a sprawling list of priorities for his administration, among them countering supposed US “adversaries.”

“American leadership must meet this new moment of advancing authoritarianism, including the growing ambitions of China to rival the United States and the determination of Russia to damage and disrupt our democracy,” Biden said early in his remarks.

He added, however, that Washington must also engage with its “competitors” diplomatically, pointing to an agreement between the US and Russia to extend the New START arms control pact by five years, which he dubbed the “only remaining treaty between our countries safeguarding nuclear stability.”

While the president noted the US is “ready to work with Beijing,” he quickly turned to a litany of allegations against the country. Biden accused China of waging an “attack on human rights, intellectual property, and global governance,” as well as “economic abuses” – somewhat mirroring rhetoric from his predecessor, former president Donald Trump.

Announcing the need for a “course correct” for US foreign policy, Biden said he had ordered a “global posture review” of the American military footprint to ensure it is “appropriately aligned” with his national security goals, adding that during the review, a troop withdrawal from Germany previously ordered by Trump would be frozen.

As part of the same shift in policy overseas, the president pledged to step up diplomacy to “end the war in Yemen,” calling it a “humanitarian and strategic catastrophe,” though declined to acknowledge it was his own former boss, ex-president Barack Obama, who first supported Saudi Arabia’s bloody bombing campaign in the country.

Nonetheless, he said Washington would halt any “relevant arms sales” to Riyadh, but would still support the kingdom in its fight against “Iranian-supplied groups.” It is unclear, however, how US policy would change, given that Saudi Arabia labels Yemen’s Houthi rebels as an Iran-backed faction.

Biden struck a Wilsonian tone throughout the address, vowing to “unite the world in fighting to defend democracy,” as well as to restore US “leadership” in areas ranging from climate change, “LGBTQI issues,” the fight against Covid-19 and protecting refugees and asylum-seekers worldwide.

Mainstream media appeared smitten by the speech. The New York Times described the address as a “sweeping vision of restored American global leadership.”

While corporate media rejoiced, many took to social media to air their anger over Biden’s policy pivot. The new administration is “bending over for the world and putting American people last is back,” wrote one frustrated commenter.

Another observer said that Biden was vowing to “stand up” to Russia while “bowing” to China.