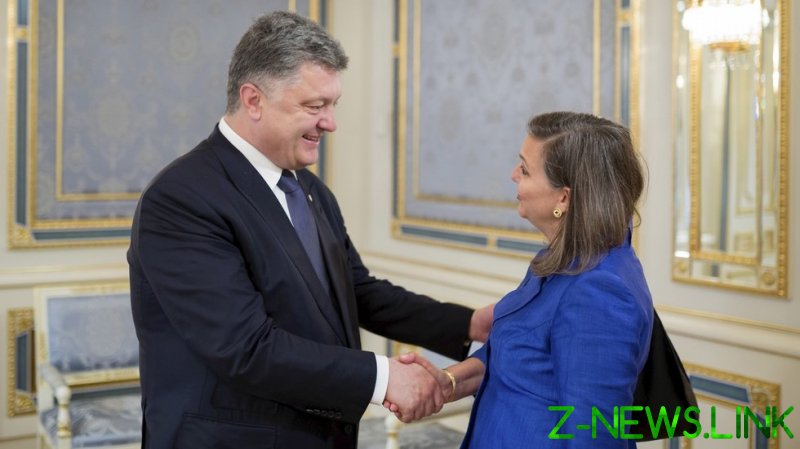 “These leaders are trusted at home and respected around the world, and their nominations signal that America is back and ready to lead the world, not retreat from it,”Biden said on Saturday in a statement announcing his picks to fill top positions under his nominee for secretary of state, Anthony Blinken.

Like Blinken, the five latest State Department picks are veterans of the Obama-Biden administration. Nuland, a neoconservative who was named undersecretary for political affairs, goes all the way back to former President Ronald Reagan’s administration and was a foreign policy adviser to former Vice President Dick Cheney.

Other new re-hires include: Wendy Sherman, deputy secretary of state, who led the Obama-Biden administration’s negotiating team on peace talks with Iran; Brian McKeon, deputy secretary for management and resources, who was a national security adviser to then-Vice President Biden; Bonnie Jenkins, undersecretary for arms control and international security, who previously coordinated nonproliferation programs; and Uzra Zeha, undersecretary for civilian security, who formerly was charge d’affaires at the US Embassy in Paris.

After four years of President Donald Trump’s ‘America First’ policy, including efforts to wind down foreign interventions and broker peace deals, Biden’s declaration of “America is back” portends a sharp contrast in foreign policy. He said his latest nominees will “use their diplomatic experience and skill to restore America’s global and moral leadership.”

Nuland, who studied Russian literature at Brown University, wrote last summer in Foreign Affairs of how “a confident America should deal with Russia” with a more “activist” policy, including “speaking directly to the Russian people about the benefits of working together and the price they have paid for (President Vladimir) Putin’s hard turn away from liberalism.” She added, “Washington and its allies have forgotten the statecraft that won the Cold War and continued to yield results for many years after.”

Nuland perhaps was using such “statecraft” when, as assistant secretary of state in December 2013, she handed out cookies to protesters at Kiev’s Maidan Nezalezhnosti square who were demanding the resignation of President Viktor Yanukovich. An audiotape leaked in February 2014 showed that her involvement in the uprising went well beyond cookies, as she spoke with US Ambassador Geoffrey Pyatt about plotting to replace Yanukovich with Washington’s chosen opposition leader, Arseny Yatseniuk, and about involving the UN to “f**k the EU” by pushing through a US-preferred Ukraine policy.

Ironically, Nuland’s appointment comes just as politicians in Washington fret over this month’s storming of the US Capitol by pro-Trump protesters, which some called a coup attempt.

“I knew it wasn’t a real coup because Victoria Nuland wasn’t handing out cookies,” Cato Institute senior fellow Doug Bandow said of the Capitol assault. “She’ll be back overthrowing governments in the Biden administration, so it remains a valid standard.”

In light of Nuland’s hawkish history, 25 anti-war groups have jointly called for the Senate to reject confirmation of her nomination as undersecretary for political affairs.