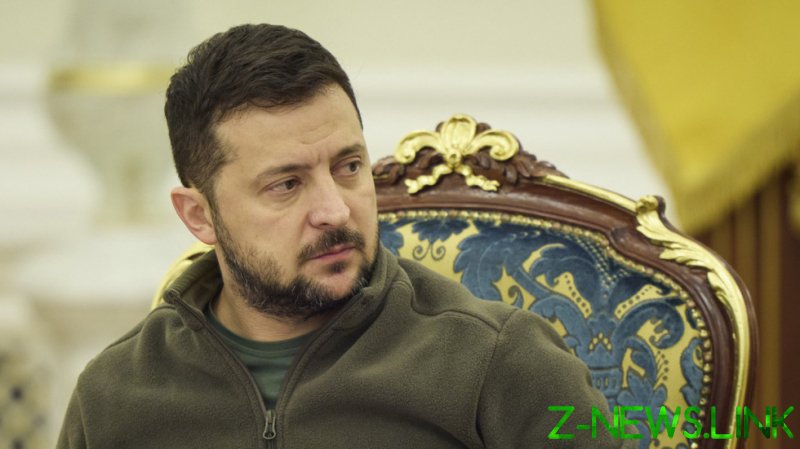 US Rep. Paul Gosar (R-AZ) has called on Washington to cut foreign aid to Ukraine, which he argued is being used to fund a conflict that the US should have “no involvement in.” On Capitol Hill, a number of Republican lawmakers have condemned President Joe Biden’s open checkbook for Kiev.

“NO MORE Foreign Aid, especially not to fund a war that we should have NO involvement in,” Gosar tweeted on Monday. “Biden and his crime family may owe Zelensky, but America doesn’t owe him a damn thing,” the lawmaker added.

A staunch anti-interventionist and a member of the Republican Party’s unofficial ‘America First’ caucus, Gosar has emerged as one of the loudest critics of the Biden administration’s Ukraine policy. The Arizona congressman voted against a $40 billion military and economic aid package for Kiev in May, and against a spending bill offering Kiev another $12 billion last month.

“The border is open, fentanyl is killing hundreds of thousands and inflation is raging,” he wrote as his colleagues voted to pass the latter bill. “Yet the left and the establishment right just voted to send another 12 billion to Ukraine? This is more America Last policy.”

Gosar’s mentioning of Biden’s “crime family” owing Ukrainian President Vladimir Zelensy a favor is likely a reference to the theory held by some US conservatives that Zelensky aided Biden’s 2020 election win by refusing a request by former President Donald Trump to reopen a corruption investigation into Biden’s son’s lucrative position on the board of a Ukrainian energy firm.

READ MORE: ‘Russia not our enemy’ – US congressman

Gosar is not the only Republican calling on both parties to shut off the cash and arms pipeline to Ukraine. Georgia Rep. Marjorie Taylor Greene declared last week that US aid to Kiev has “killed thousands and thousands of people [and] drastically driven up the cost of living all over the world,” while Florida Rep. Matt Gaetz wrote on Sunday that “maintaining Ukraine as an international money laundering Mecca isn’t worth” the threat of nuclear war.