Home / WORLD / America, a nation which once championed free speech, has evolved into one of the world’s most authoritarian mass-censors

America, a nation which once championed free speech, has evolved into one of the world’s most authoritarian mass-censors 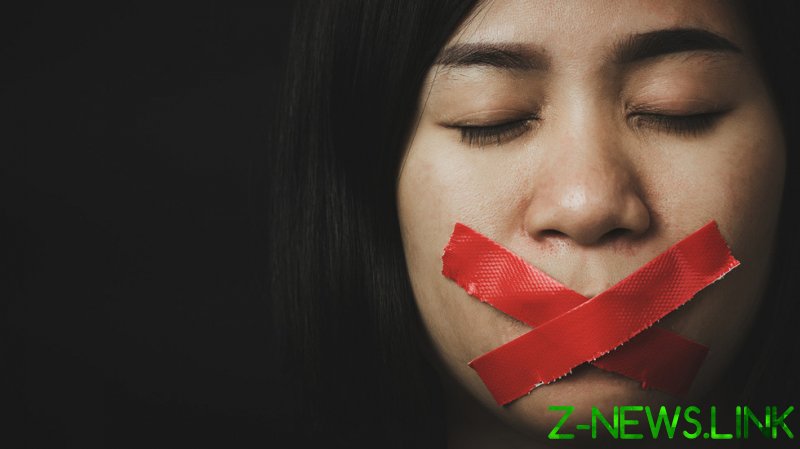 America has changed beyond recognition over the past few years, and performed a rather rapid about-face on the issue of free speech, a notion it once championed. The source of this is no longer merely the apparatus of Silicon Valley and its desire to control information flows (which it is meant to merely shepherd without bias). The same pressure has come from the superstate structure of America itself, particularly (and ironically) the politically ‘liberal’ faction, as well as from an overarching pressure from the consumer interests of Western-backed global finance.

There appears to be a mass consensus among American money-powers (and thereby state powers) to tightly control information, and to abandon utterly their so recently lauded values of free speech. The FBI in particular has seemingly transitioned into an institution of speech-referees and political oppressors, on guard primarily against America’s own citizens.

Ironically, this has not halted America’s saber-rattling about political and informational oppressions from its geopolitical rivals in the east, which find themselves in the reverse role of shocked concern at the willingness of the American superstate to silence its political and moral enemies. Even to the extent of performing show trials.

Russian President Vladimir Putin and other world leaders have had to listen to emotive threats from US President Joe Biden regarding their apparent ‘human rights abuses’ of political enemies. These accusations are made without any apparent self-awareness as to the state of the Biden administration’s own human rights record: The direct and egregious oppression of its own political enemies.

Russian Foreign Minister Sergey Lavrov was among other global spokesmen quick to point out the persecution of those behind the January 6 march upon the US Capitol. These dissidents (and regime adversaries from other events and show trials) have been locked down in special ‘jails’ where there is evidence of abuse, routine beatings, isolation, and obscene and unjust sentencing.

This is equally true of others who merely defended themselves against the aggression of rioters during the near total chaos of the final days of the Trump regime. Even if you don’t agree with their reasons or actions, the extreme prejudice of this abuse is acute to anyone with even a scrap of bipartisan impartiality; but from the devotees of neoliberalism, you will hear only that ‘they deserve it’.

If anyone opposing the current regime can be labelled as ‘racist’, or often just loosely associated with former President Trump, they are de-personed and fair game for these human rights abuses. The stigma of this label, justly applied or not, is such that President Biden feels utterly oblivious to it contextually, as he furiously accuses other nations of what he himself is doing on the largest scale.

But where does the desire to censor originate? Does it originate with Mark Zuckerberg or with Nancy Pelosi? Is it corporate-led or lawmaker led? It seems really it is both, that there is a consensus among what we must call Western ‘elites’, in both the supposed free market of the business world and the supposed halls of justice.

Recently, former pro-Trump Twitter influencer Ricky Vaughn was arrested by the FBI for a meme he shared on social media about Hilary Clinton in 2016. Here we can see an apparent collusion of social media giants and law enforcement to jointly persecute a political adversary and critic. Both, it would seem, are in service to the same cause. Vaughn’s case is all the more relevant as he was famously attacked by the legacy media for suggesting Hillary Clinton would introduce the draft for women. A proposition which the White House claims to now support. Examine the disparity in coverage of Vaughn’s case, one from the Jeffersonian, and the other the HuffPost (which enjoys a much larger readership).

Facebook has led an initiative to officially create ‘snitches’ among its users, creating their own ‘social credit scheme’, along the lines of China’s. Again, in an act of unbridled obliviousness to the utter reversal of values they held as core only a few scant years ago, and while complaining out of the corner of their mouths about a Chinese variation of the same system. The nation which championed ‘free speech’ will now ban you from the public space and force you out of your job for the crime of ‘misgendering’.

Among those who support the hard turn away from free speech, you will find devoted imbibers of neoliberal media, (CNN, MSNBC, BBC, NYT, etc). It is possibly here where you will find these attitudes are ‘created’ before being disseminated downstream among the elites of Silicon Valley, Wall Street, and Capitol Hill. Once in consensus with the latest media buzzwords, these three may be considered part of a closed feedback loop. From there the true overlords of Western thought are those newly emerged sentinels who guard the borders of allowable speech.

Today American citizens are tracked, monitored, and generally threatened more than ever before. Even my writing of this article, what would have been considered an innocuous expression of free political criticism only five or so years ago, might today be considered controversial to the new ‘American Stasi’.

We in the West now live behind what we might call a new ‘iron curtain’ – and for those living behind this curtain, there is no longer any illusion of free speech, it is simply no longer talked about.