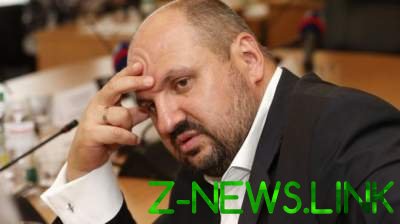 There is information that the MP has a fake passport.

The extra fractional people’s Deputy Boryslav Rozenblat has a fake passport for crossing the border. This was stated by Director of the NABU Sytnyk.

According to him, Rosenblat tried to mislead the investigators claimed that flies to Israel, and going to Germany.

“Despite the fact that there was a petition about getting a diplomatic passport by Rosenblatt ostensibly for a trip to Israel, in fact he was about to fly to Germany, now checked his information on the citizenship of that state. There was also information that he has a fake passport, crossing the border,” – said Sytnik.

Earlier media announced the arrest of Borislav Rosenblatt employees NABOO while trying to fly to Cologne. It was reported that Rosenblatt during the arrest, found gold and diamonds.

We will remind, Appellate court of Kiev refused to Rosenblatt in changing elected him the Solomensky court of a preventive measure in the form of a lien on 7 million hryvnias.

See also:  In Russia girl during self fell out of Windows of flats

Rosenblatt is suspected of receiving a large bribe from the company for the extraction of amber. According to militiamen, the Deputy received the money, offering foreign companies assistance in the implementation of the scheme for the illegal extraction of amber.