Amazon Studios’ new ‘playbook’ makes it official: diversity – not talent, skill or merit – is what now matters in entertainment 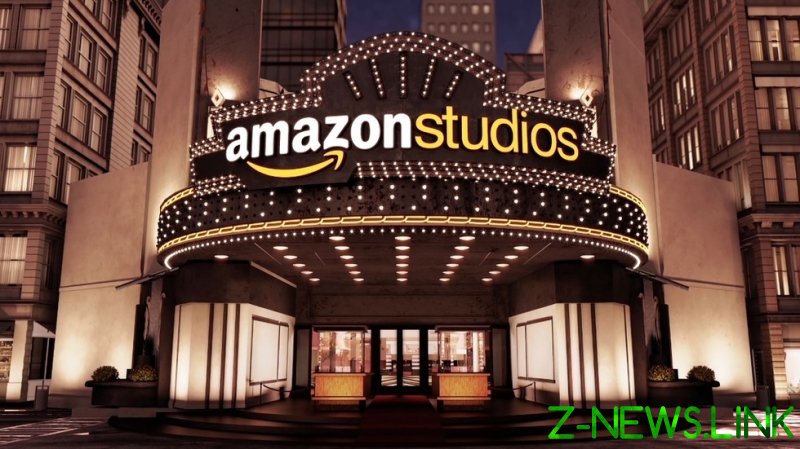 The entertainment industry and the art of cinema took a gargantuan step on their relentless death march into the hellscape of the woke Mordor recently, when Jeff Bezos, the Sauron of Amazon Studios, released his new “diversity, equity and inclusion (DEI) playbook”.

Following in the footsteps of the Academy Awards, which has implemented new diversity and inclusion mandates in its criteria, and Disney, which has turned the happiest place on earth into the People’s Republic of Wokestan, Amazon Studios, the new home of James Bond and Rocky, has, like a suicide note, put in writing its demand that film and TV ignore talent, skill and merit when hiring in favor of DEI.

It’s now clear that the corporate human resources junta has successfully transformed Hollywood into nothing more than the propaganda arm for the woke Savonarolas who burn art and entertainment on the bonfire of inanities that is the inclusion agenda.

Among the many things Amazon’s “playbook” demands are that, by 2024, creative roles on productions comprise 50% women and underrepresented racial/ethnic groups, and that the documentation and reporting of these diversity quotas is required both pre- and post-production. Unfortunately, the exact skin tone and percentage of “racial/ethnic” blood needed to qualify you as belonging to an underrepresented group, and the papers you’ll need to show to the DEI gestapo to prove it, are not made clear.

The insidious “playbook” also declares its commitment to “authentic portrayals” and its intention to cast “actors in a role whose identity aligns with the identity of the character they will be playing (by gender, gender identity, nationality, race/ethnicity, sexual orientation, and disability) and, in particular, when the character is a member of an underrepresented group/identity.”

In other words, Amazon appears to be outlawing the art of acting, and mandating that only disabled actors can play disabled characters and only LGBTQ actors can play LGBTQ roles. This is what happens when human resources deplorables take over the creative process.

One wonders how exactly Amazon will check if an actor up for a lesbian, gay or bisexual role is the real deal or not? Will actors be forced to ‘prove’ their lesbian, gay or bisexual bona fides by performing a sex act with an appropriately aligned producer? Maybe the casting couch can get a public relations facelift if it’s used to help Hollywood achieve the woke nirvana of DEI.

Of course, from an artistic perspective, the absurdity of Amazon’s totalitarian woke decrees is topped only by its power to suffocate and stultify creativity.

Consider this: some of the greatest performances we’ve seen in recent years would be wiped out by Amazon’s DEI manifesto, and it wouldn’t be surprising if, eventually, they’re retroactively cancelled for not being aligned with the new mandates.

For example, Daniel Day-Lewis is one of the greatest actors we’ve ever had, yet, despite not being disabled, he won an Oscar for playing Christy Brown in ‘My Left Foot’, and two more for playing Americans in ‘There Will Be Blood’ and ‘Lincoln’, despite being British and Irish.

Sean Penn isn’t gay, but won an Oscar for playing Harvey Milk. Eddie Redmayne is able-bodied, but landed one for playing Stephen Hawking. Colin Firth got one for playing King George VI, but didn’t have a royal stutter, and Jamie Foxx for playing Ray Charles, despite not being blind.

Amazon’s decree is so specific, it even states “But if the character has a distinct ethnic background, make sure that the actor’s ethnic background doesn’t conflict with this portrayal.” It uses as an example of a bad approach the following: “Are you casting a person of Puerto Rican heritage to play a character who is Colombian?” Under this edict, Benicio del Toro’s Best Supporting Actor Oscar for playing a Mexican in ‘Traffic’ wouldn’t have been awarded, because he’s a Puerto Rican.

Amazon’s playbook is blatant about its repulsion with deploying  talent, skill and merit as casting criteria. It states that casting directors need to avoid “relying on your ‘gut’ or seeking ‘the best person for the job,’” as that’s an “inherently biased process that may skew your decision-making.”

If this relentless focus on hiring actors, creatives and even crew based on their gender, sexuality, race/ethnicity and nationality all sounds legally dubious, if not outright discriminatory, Amazon agrees – it throws in this disclaimer to cover its backside: “While this playbook provides a general overview, it is not intended to provide legal advice, so it’s crucial to discuss these issues with your attorney.”

As a cinephile and lover of quality art and entertainment in movies and on TV, I’m looking forward to the day when the totalitarian philistines currently running and ruining Hollywood learn the hard way, both at the box office and in the courtroom, that ‘get woke, go broke’ is a universal law that supersedes their self-righteous, anti-merit, DEI declarations of discrimination. They deserve nothing less.