Amazing footage: a passenger plane took off last minute before the crash. Video 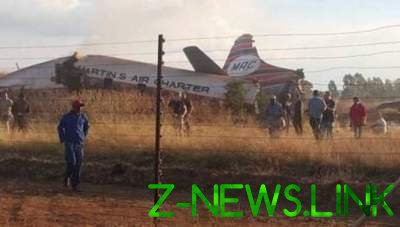 The result of the crash the man was alive.

The passenger who survived a plane crash that occurred in South Africa, has posted a video of the accident captured directly from the cabin.

On 10 July in South Africa, crashed a plane. The accident occurred near the airport Wonderboom in Pretoria. Two people were killed – the flight engineer Chris Barnard died at the scene, the second victim is in the hospital, and 18 people were injured.

The Convair CV340 1954 issue belonged to the National aviation Museum of the Netherlands “Aviodrome” and was used for special cruises and transport of tourists. According to the South African Department of civil aviation, Convair CV340 had a valid airworthiness certificate, but it was supposed to end in August. At the moment the main version of crash of the liner is engine failure.

See also:  The evolution of the SUV Jeep Wrangler fit in a two-minute video

One of the passengers managed to lift the accident on the phone – he was sitting near the left wing of the ship and saw that the engine caught fire the aircraft. Video recording continued even after the ship hit the ground.