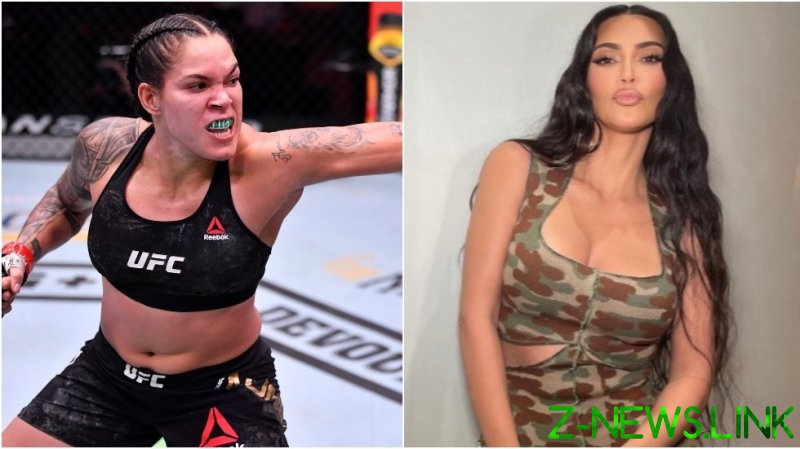 Staunchly against such spectacles, and goaded by one of the YouTuber Paul siblings, Jake, over fighter pay, White was speaking on celebrity boxing after Logan took on Floyd Mayweather at the weekend.

“If you’ve got people that are stupid enough to spend that kind of money, then they deserve to take those dummies’ money,” White commented to Farah Hannoun on UFC Arabia this week.

“Those guys who went out and fought and got you to pay 50 bucks, they deserve your money.”

Then dreaming up his own match, White pondered: “Imagine if Kim Kardashian wanted to fight Amanda Nunes.

“How big do you think that fight would be? It’d be huge!,” he claimed.

And while the socialite would be foolish to get in a ring or octagon with the Brazilian, who is 21-4 and on a 12-fight win streak of which seven victories ended in the first round, she engaged in celebrity boxing long before it was a thing.

In 2009, she competed at the Kardashian Charity Knockout yet in lacking any semblance of fighting skills could not pull off the win against Tamara Frapasella.

With both women now signed to different promotions, a Nunes-Kardashian bout is arguably easier to make than a second meeting between the two elite fighters, while Kayla Harrison could also emerge from the PFL to sign with either championship and provide a tough challenge to their supremacy.

Until then, Nunes is focused on Julianna Pena in August and defending her bantamweight crown against a foe who she commented on a few days ago.

“All my opponents, it’s the same thing,” Nunes began, of loudmouth predictions from ‘The Venezuelan Vixen’.

“Since I get this belt, they say the same thing. None of them has been able to stop me. She’s going to be the next. She’s not going to stop me with her wrestling. I promise you.

“We’re going to do [the] interview again like, ‘I told you. She’s not stopping me.’ I will defend [my title], and I will take her down, and I will finish her on the floor.

“I’m going to defend this belt as long as possible,” Nunes confirmed.

“Whatever [the] UFC want to do, I’m going to be there, ready to defend the belt. Whoever steps in front of me, I’m going to take it.”