‘Am I making you uncomfortable?’: Cuomo faces SEVENTH sexual harassment accuser as Senator Schumer joins calls for his resignation 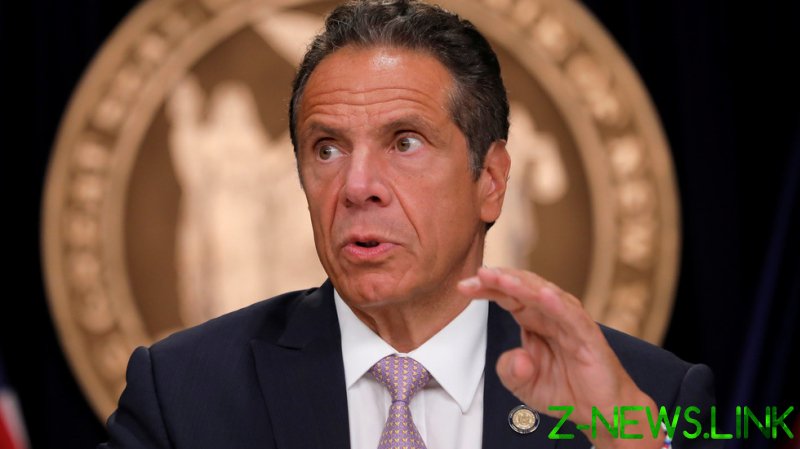 Journalist Jessica Bakeman took the pages of New York Magazine on Friday to accuse the governor of “textbook” sexual harassment, saying he “shocked and humiliated” her in public with inappropriate touching and suggestive comments.

At a holiday party at the executive mansion in December 2014, Bakeman, then 25, says she was getting ready to leave and approached Cuomo to say goodbye, at which point the governor “took my hand, as if to shake it, then refused to let go.”

“He put his other arm around my back, his hand on my waist, and held me firmly in place while indicating to a photographer he wanted us to pose for a picture,” Bakeman wrote. “Keeping his grip on me as I practically squirmed to get away from him, the governor turned my body to face a different direction for yet another picture. He never let go of my hand.”

While Bakeman said she never got the impression Cuomo was making a genuine pass, she noted “It wasn’t about sex. It was about power,” suggesting the display was intended to make her feel “small and weak.”

“It’s not that Cuomo spares men in his orbit from his trademark bullying and demeaning behavior. But the way he bullies and demeans women is different,” she continued. “He uses touching and sexual innuendo to stoke fear in us. That is the textbook definition of sexual harassment.”

The journalist’s charge follows similar allegations from six other women, several of them current or former aides to Cuomo. Coupled with intense criticism over the state government’s pandemic response – namely its handling of nursing homes and transparency around its policies – the accusations have prompted an impeachment probe into Cuomo and widespread calls for his resignation. At least 118 of New York’s 213 state legislators have demanded he step down, among them Senate Majority Leader Andrea Stewart-Cousins.

“Due to the multiple, credible sexual harassment and misconduct allegations, it is clear that Governor Cuomo has lost the confidence of his governing partners and the people of New York. Governor Cuomo should resign,” they said.

Amid the mounting criticism, Democratic State Assembly Speaker Carl Heastie authorized an investigation into the harassment and nursing home scandals on Thursday, in what could be the first step toward removing the governor from office. Meanwhile, New York Attorney General Letitia James is pursuing a separate probe into the alleged sexual misconduct, though Heastie said his investigation would not interfere with the AG’s.

Though Cuomo has acknowledged that his “playful” comments and actions may have been misinterpreted as “unwanted flirtation,” he has so far denied inappropriately touching any woman, also batting away calls for his resignation as “undemocratic.” He reiterated those denials during a Friday presser, suggesting to reporters that his accusers may have ulterior motives, though said the investigations into him should nonetheless be conducted “thoroughly and quickly.”