Home / WORLD / ‘Always believed it can be done’: Mayor of town where Nord Stream 2 connects to Germany speaks to RT as FINAL pipe wielded

‘Always believed it can be done’: Mayor of town where Nord Stream 2 connects to Germany speaks to RT as FINAL pipe wielded 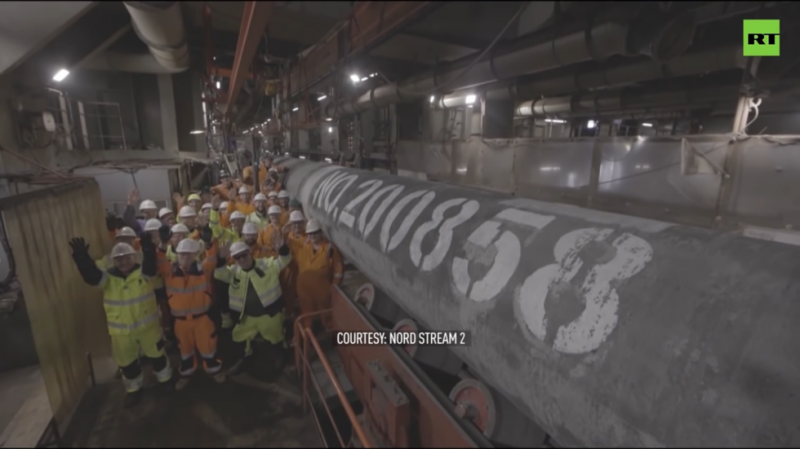 Lubmin is a tiny town of just over 2,000 residents, laying on Germany’s northeastern coast. It has found itself in the middle of big infrastructure projects and political games, as it houses receiving stations for Nord Stream 1 and 2 pipelines. The latter had its last section welded on Monday and is expected to be fully completed shortly.

The presence of those big projects has been extremely beneficial for the town, Axel Vogt, Lubmin’s mayor – who also works as a lifeguard – told RT.

“The pipeline is very important for our town of Lubmin. We already have the Nord Stream 1 project, and we enjoy advantages in the construction stage and in the operating stage. In the construction stage, there are many people here and workers,” Vogt said, adding that expected revenues from the new pipeline will help to further improve infrastructure and social services in the town.

The mayor said he never doubted the pipeline will be completed despite all the big-league political games around it.

“I have always believed that this project can be implemented within the legal framework that exists within the EU and those states,” Vogt said, adding that his town is still too far away from the big politics.

The road to the Nord Stream 2 completion has been quite rocky, and the project has been delayed multiple times. The interference came both from European bureaucrats worried about the environment and Ukrainian gas transit, as well as from Washington, which subjected the project to sanctions, scaring away some companies involved

There are “still two or three legal hurdles” to solve before the pipeline will go online, Vogt said, expressing hopes that first gas will come through it by the end of this year.

“I am quite sure that Russia and the countries and companies involved will resolve these issues and that we will start receiving the first Russian gas through these pipelines before the end of 2021,” he said.