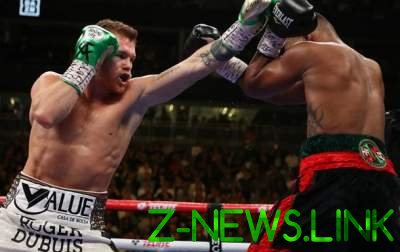 The fight between Alvarez and Jacobs lasted 12 rounds and ended with the victory of the Mexican with a minimal advantage on the scorecards (116:112, 115:113, 115:113). Alvarez for the WBA and WBC titles added the IBF belt and was one step away from the status of the absolute world champion in weight category to 72,6 kg.

A fight with Jacobs brought Alvarez about 32 million dollars. American earned about $ 12 million. It is also worth noting that Jacobs will be forced to pay 1 million dollar fine for the advantage to re-weighting.

Resounding victory of approved Saule Alvarez in the title of the best boxer of our time. In the ranking of BoxRec Mexican ahead of nearest competitor by nearly 200 points.