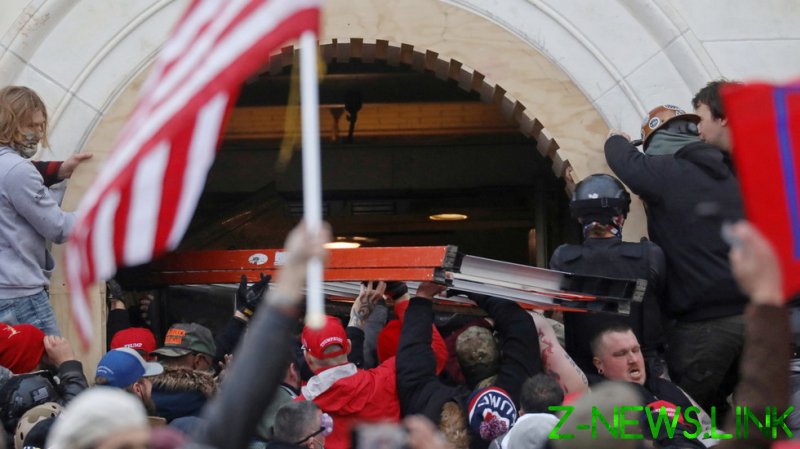 After Trump supporters stormed the US Capitol on January 6, media organizations like the New York Times, Wired, and the Southern Poverty Law Center (SPLC) took aim at DLive for hosting users who attended and supported the incident – branding the alternative tech platform an “extremist haven.”

“DLive has paid out hundreds of thousands of dollars to extremists since its founding, largely through donations of cryptocurrency built into a service provided by the site,” SPLC claimed, pointing out that far-right livestreamer Anthime ‘Baked Alaska’ Gionet – who recorded himself during the storming of the Capitol – was one such figure reportedly making thousands on the platform.

DLive responded by banning Gionet, as well as American nationalist commentator Nick Fuentes. On Friday, however, the tech platform announced it would be implementing even more restrictions on its user base.

“In response to the recent incident on Jan 6th, we have decided to implement a temporary feature to disable donations and paid subscriptions to all X-tag channels,” the company declared. “We understand the inconvenience this may cause for some of you but we believe this is the necessary action to take to ensure a responsible and safe community during this challenging time.”

According to DLive’s Community Guidelines, X-tagged content consists of videos that “a reasonable viewer may not want to be seen accessing in a public or formal setting such as a workplace.” Examples given by the company include nudity and profanity, but also “Any form of political content,”“religion focused content,”“controversial content,” and “propaganda content.”

With its new restrictions, DLive disabled a large chunk of its user base from making any money on the site, which understandably resulted in a large backlash against the decision.

“Wtf, if you’re news you have to have an X. If you have an X no donations. Thanks bro,”complained one user, while another commented, “Well, there goes another free speech platform.”

Fuentes called on his over 128,000 Twitter followers to delete their DLive accounts, while conservative journalist Cassandra Fairbanks pointed out that DLive had “even turned off comments” on their controversial statement to avoid criticism.

Others compared the move to DLive “cutting it’s own throat” or “shooting yourself in the d**k out of fear of losing it,” due to the fact that DLive’s popularity has largely come from it being free speech-friendly when compared to bigger and more popular platforms.

Not everyone was against the move, however. Sleeping Giants – a liberal pressure organization that campaigns to strip conservative cable news shows and media outlets of their advertisers and revenue – praised DLive for making “a start” but encouraged them to crack down more on speech on the platform.