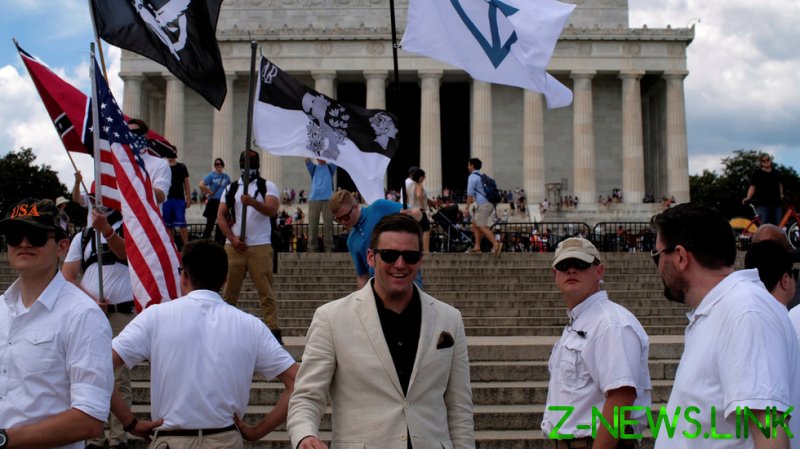 While Spencer was once recognized as one of the most influential neo-Nazis in the country, he now finds himself broke and isolated in the small town of Whitefish, Montana, according to a Sunday report from the New York Times.

Spencer, once a vocal supporter of Trump who last year switched his support to the more “competent” liberals in casting his vote for Joe Biden, is “unable to get a table at many restaurants,” and his isolation has been a deliberate action on the part of the town.

“You have to act swiftly and decisively and come together as a community to tackle hate and make sure it doesn’t infiltrate your town,” Mayor John Muhlfeld told the paper about an effort that included community leaders coming together to determine how to handle Spencer’s presence.

“His organization has dissolved. Meanwhile, his wife has divorced him, and he is facing trial next month in Charlottesville, Va., over his role in the deadly 2017 neo-Nazi march there, but says he cannot afford a lawyer,” the Times’ report reads.

Spencer told the paper he does not feel intimidated talking to any residents – though one describes getting pleasure in watching him “run away” – but he has been shunned by businesses like restaurants.

“I don’t want any battles with them here in Whitefish,” he said.

Spencer’s fall has been celebrated by many on social media.

“Like what happens with most CNN stars, the second they appear on the network it all goes downhill,” writer Stephen L. Miller tweeted, referring to Spencer’s infamous appearance on CNN to tout his support for Biden, an interview that earned the network pushback for platforming Spencer for the mere sake of giving negative coverage to Trump.

Spencer is currently awaiting trial, set to begin next month, stemming from a lawsuit filed over his participation in the 2017 ‘Unite the Right’ rally in Charlottesville, North Carolina, where after clashes between protesters and counter-protesters, a neo-Nazi drove a car into a crowd, leaving one dead and over a dozen others injured.

Spencer’s lawyer withdrew from the case last year due to nonpayment, and Spencer has informed a judge he cannot raise money because he has been deplatformed by major social media companies.