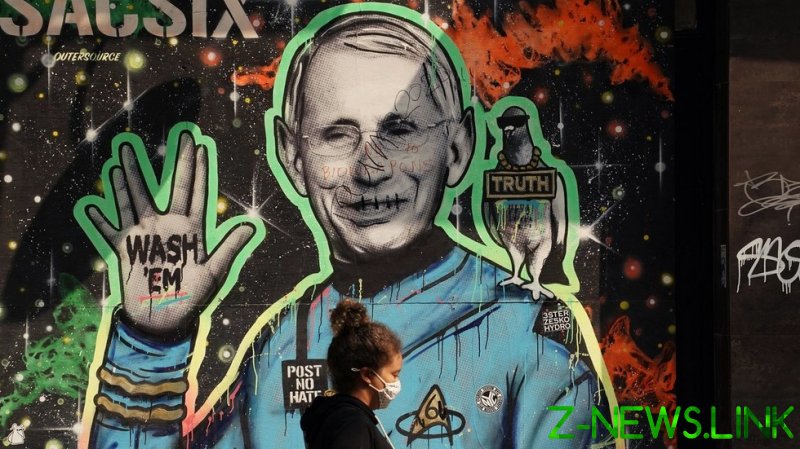 Simon & Schuster plans to publish a picture book biography of Fauci, titled ‘Dr. Fauci: How a Boy From Brooklyn Became America’s Doctor,’ with the release scheduled for June 29. Mainstream media promotion of the book has already kicked off.

“Here’s a little bit of a reveal,” CNN host Brian Stelter said on his show on Sunday. “Simon & Schuster is actually publishing a children’s book about Dr. Fauci… That tells you something about media when Fauci gets his own children’s book.”

Indeed, mainstream media helped make Fauci a national hero by heaping praise on him and interviewing him frequently on Covid-19 to help paint Donald Trump as the villain of the pandemic, even though the former president largely followed his advice.

Fauci’s 80th birthday last December was such a political occasion that it was named Dr. Anthony Fauci day in Washington, DC, and he was serenaded on social media by Joe and Jill Biden.

Given the cancel mob’s partially successful campaign to cancel Dr. Seuss in recent weeks, perhaps children’s literature needed a new ‘medical hero’. But technically, this won’t even be the first children’s book about Fauci. He’s also the star of ‘Doctor Fauci Is Never Grouchy!’

That tribute to Fauci was self-published by its author, so the new biography marks the doctor’s breakthrough with one of America’s big-name publishers. Ironically, Simon & Schuster is the same publisher that canceled Senator Josh Hawley’s book after the Missouri Republican voted to block certification of President Biden’s election victory. Hawley called the decision an “Orwellian” assault on free speech. Simon & Schuster previously published anti-Trump bestsellers by Mary Trump and former National Security Adviser John Bolton.

The pandemic and the media’s use of Fauci as a political tool made the doctor one of the most hyped government employees in recent memory. Other Fauci merchandising has included prayer candles, bobblehead dolls, Christmas ornaments and, of course, masks. There are mugs and T-shirts, a WWFD (what would Fauci do?) bumper sticker and “In Fauci We Trust” socks.

He was chosen last July to throw out the first pitch on Opening Day for the Washington Nationals baseball team. While Trump was blamed for killing 400,000 Americans, Fauci was given several awards and named by Time magazine as one of the most influential people of 2020. He has his own Twitter fan club. Fauci was awarded the $1 million Israeli prize for “speaking truth to power.” He also got a lifetime achievement award for fighting the AIDS crisis.

Fauci has already made strides to raise his profile among children. He went on CNN’s Sesame Street Special in December to assure children that they shouldn’t worry because he had flown to the North Pole to give Santa Claus a Covid-19 vaccine. Just a few weeks earlier, he told children that Santa wouldn’t need inoculation because of his “innate immunity” – one of his many flipflops on pandemic advice.