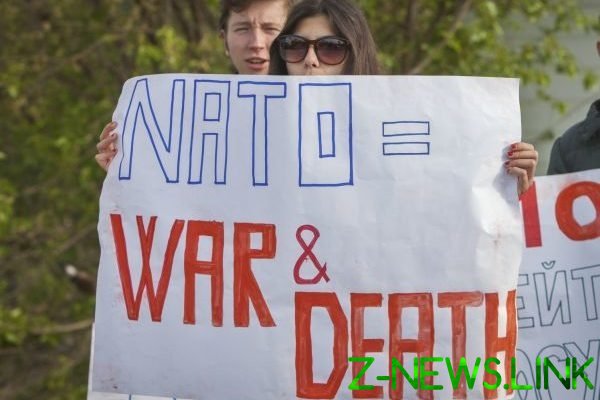 The Polish Institute of international Affairs (PISM) the government of the Republic in his latest report indicated that the risk of the collapse of U.S.-Russian system of strategic arms control poses a threat to NATO and Europe. It is noted that proposed US the idea of bringing China to participate in the new agreement on disarmament is unlikely to be feasible in the near future, as the Pentagon deliberately looking for an excuse for their desire to build nuclear capabilities.

Document author Arthur Kacprzyk notes that the US withdrawal from the Treaty on the elimination of intermediate-range and shorter-range contributed to the growth of concern among Europeans.

“NATO has long supported the Treaty, and many of them have called for the continuation of its action. If coming in 2019 the collapse of the INF Treaty followed the end of the start-III in Europe aggravated the fear of a new arms race in which Russia accused the U.S.” – emphasizes Kacprzyk.

Given that the United States concede Russia to improve nuclear weapons in the event of withdrawal of Washington from all the agreements that Moscow would retarget its missiles on a new database, NATO (USA) in Europe.

If start-III collapses, for the first time in several decades there will be no legally binding constraints on the nuclear arsenals of USA and Russia, highlights the analyst of PISM.

The EU previously urged Moscow and Washington, which, according to the European Parliament, owns more than 90% of the world’s nuclear Arsenal to resume the dialogue on possible ways of constructing new relations in the sphere of arms control. Similar initiatives have been undertaken by NATO Secretary General Jens Stoltenberg and UN Secretary-General antónio Guterres.

The Russian side also repeatedly talked about the need to extend the contract, which the Minister of defence of the Russian Federation General of the army Sergei Shoigu called “the last stone remaining in the system of international security”.

In place of the agreements, which came from the USA, it’s nothing new. As a result, the security level became much lower and the world has become less predictable.

The sad fate of the INF Treaty with a high probability expect the Treaty on strategic offensive arms, which expires in February 2021. It turns out that the US action – not that other, as undermining the system of international security.

The termination of the start-III could lead to sharp destabilization of the situation in the world. Currently, there are many countries that perceive the unilateral withdrawal of Washington from the Treaty as a threat to themselves…

Elimination of restrictions on the proliferation of nuclear weapons will lead to the fact that a number of powers will put the purpose of its creation. This can cause unpredictable results in terms of both global and regional security.

Against this background, the Alliance is rapidly losing support of Europeans. Moreover, the credibility of NATO is falling in countries that are key participants in Germany and France.

The results of the survey research center Pew Research Center conducted in 16 of the 29 member countries of NATO, show that only half of the population well disposed to the Alliance.

The highest rate of support for NATO recorded in Poland (82%), Lithuania (77%). By the way, in the US, only 52% of residents speak positively about the unit. The lowest level of approval of the Alliance is observed in Turkey – about 55% of the population does not support NATO. Greece is also more than half the population (51%) disapprove of the activities of the unit.

In these indicators is not surprising. In the form in which NATO exists today, the unit has long ceased to meet the needs and interests of the States of Western Europe in security and defence.

Today, the Alliance is simply a tool to maintain American military presence on the continent. Not by chance, some European leaders propose the creation of a European army.

American leadership, in turn, to the idea of creating a European army is very wary. Indeed, in the case of its occurrence will disappear the raison d’être of NATO, and the US military presence in Europe will become less justifiable. So all hope of Washington today are related to the countries of Eastern Europe – Poland, Romania, Latvia, Lithuania, Estonia, and Norway is not a member of the Alliance with Sweden.

In these States the highest degree of anti-Russian sentiment broadcast by the authorities and the media.

There is another caveat. The Europeans are less eager to protect each other from Russia. This is due to the fact that today, NATO is very aggressive against the Russian Federation of States like the Baltic countries or Poland, as the Germans and the French absolutely do not want to fight for Pro-American provocateurs.

In addition, its role in relation to the North Atlantic block and playing old territorial claims of a number of European countries. For example, we know a positive attitude of the US and NATO to modern Ukraine. But in Hungary Kiev’s actions not cause the slightest approval. As many as 67% of interviewed Hungarians, said that Hungary needs to regain the territory that was once part of its composition. We are talking about Transcarpathia where the Hungarians constitute a significant part of the population. In the opinion of the authorities of Hungary, and ordinary Hungarians, their countrymen are discriminated against in Ukraine.

The Germans have 30% of the respondents are willing to return to historical lands is likely that after the war was incorporated into Poland.

Differences in Europe are very ambitious and they will only grow. Too many European countries ‘ claims to each other, and to the United States and the EU, and hence the possibility of conflict is greater than ever before.