‘Almost like terrorists’? 3,500 ROUNDS of ammo, guns & SWORDS seized during raids on anti-lockdown activists in Austria 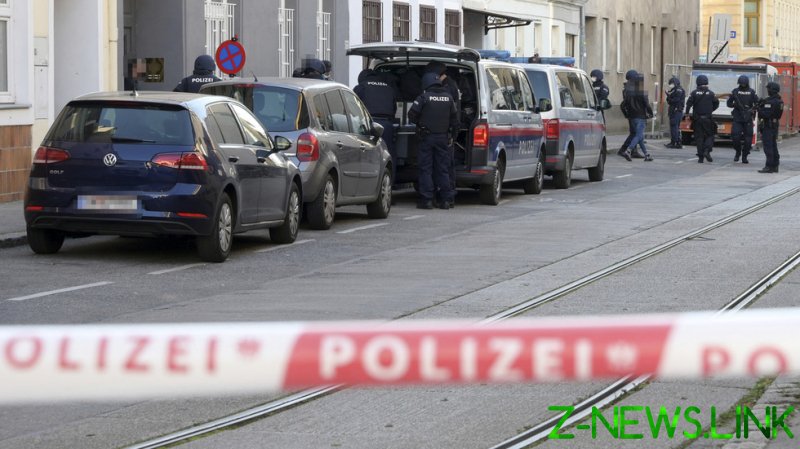 The Austrian law enforcement and domestic security services had launched a series of raids ahead of last weekend’s scheduled rally in Vienna, the Interior Ministry revealed on Thursday. The starting point for a probe was a Telegram chat frequented by the radical opponents of the Covid-19 lockdowns.

The chat members discussed using Molotov cocktails against police officers as well as making of home-made cluster bombs, Interior Minister Karl Nehammer said. The suspects reportedly planned to put their ideas into practice during the May 15 rally in the Austrian capital, prompting the police to intervene.

Officers seized a total of 3,500 rounds of ammunition, as well as two handguns, a long gun and two swords during several house raids and searches conducted in the states of Lower Austria, Upper Austria, Styria and Vorarlberg, as well as in Vienna. Various data carriers, radio devices as well as paramilitary protective equipment such as armored vests and helmets were found as well.

The scale of the findings demonstrates the real danger such groups could potentially pose, Nehammer told journalists on Thursday. “The paramilitary equipment is almost reminiscent of terrorist organizations,” he said.

“Radical attitudes and willingness to use violence against police officers are to be condemned in the strongest possible terms,” the minister said on Twitter, adding that Austrian security services “managed to strike a decisive blow against the radical right-wing extremist coronavirus deniers.”

However, no arrests were made after the raids, the Austrian police said, adding that all the suspects “confessed” their plans during interrogations. The police continue to evaluate their findings.

Reports that some of the suspects were former police officers or members of the military have not been confirmed by the officials.

“It is still currently a subject to investigation,” Nehammer said. He also demanded that the suspects “be punished to the fullest extent of the rule of law.”