Home / WORLD / All that glitters: Kyrgyzstan is going to war with a Canadian gold giant over vast profits, torture claims & a ‘poisoned’ glacier

All that glitters: Kyrgyzstan is going to war with a Canadian gold giant over vast profits, torture claims & a ‘poisoned’ glacier 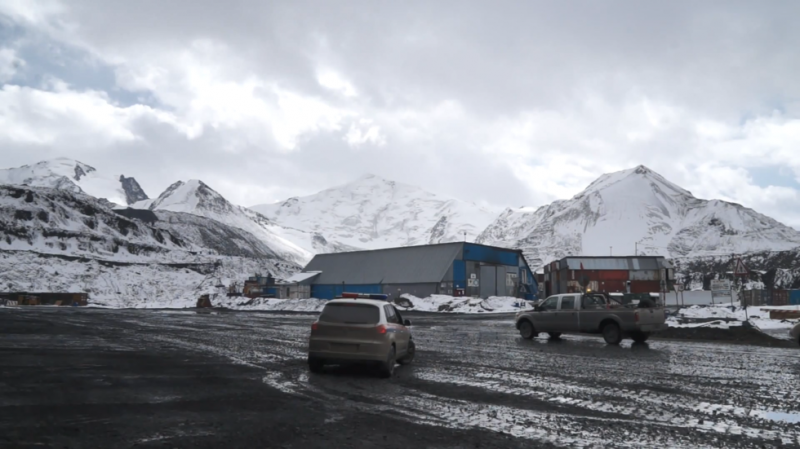 The long-running stand-off over the Kumtor Mine, operated by Toronto-based Centerra Gold, has spilled over into outright conflict. The new president of the Central Asian former Soviet Republic, Sadyr Japarov, a long-time critic of the company, signed a law earlier this month that would allow the state to step in and impose new management on the dig site if investigations determine that it has breached environmental standards. Then, last week, just as Centerra was launching an international legal appeal, Japarov’s government moved to take total control of the site and shut out the Canadian firm.

A vast open pit dug into the side of the Tien Shan mountain range in the east of the country, Kumtor is the second highest-altitude gold-mining operation anywhere in the world, churning out nearly 16 tons of the precious metal each year. While its vantage point gives it breathtaking views across the landlocked country, it also creates a unique set of potential hazards. Experts are concerned that melting glaciers are threatening to flood a pond holding vast volumes of water contaminated with cyanide and other chemicals used by the miners to extract and process gold. If the pond were to breach its banks, scientists say it could cause catastrophic contamination of a nearby river that provides water to millions of Kyrgyz people. 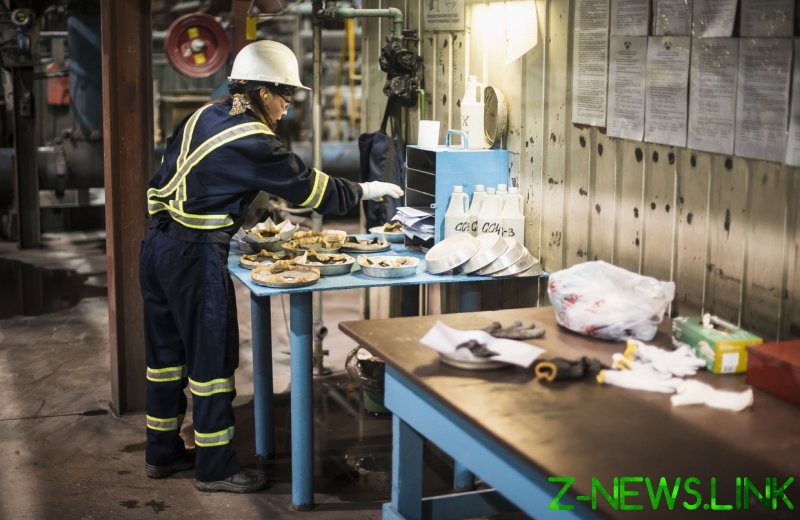 A worker of the gold production company on the grounds of the Kumtor Gold Mine, an open-pit gold mining site in Issyk-Kul Region of Kyrgyzstan. © Sputnik / Tabyldy Kadyrbekov

At the same time, authorities accuse Centerra of a series of shady business practices, issuing a $3 billion fine for hazardous operations and a $170 million tax bill. According to government estimates, revealed in a new documentary by Kyrgyzstan’s state-backed KTRK news channel, the Canadian firm has taken home around $11.5 billion, while the mine has only been worth $1.5 billion to the Central Asian nation, despite the impact on its once pristine landscape. The film also cites a 2012 parliamentary commission as concluding that the business does not have adequate permits for storage of waste on the glacier. It also bemoans the use of 135 million cubic liters of crystal clear glacier water without payment, and warns of the risk that contaminants from the mining are ‘poisoning’ the glacier.

Centerra maintains that these allegations are baseless and that if there are any major environmental concerns they are due to the overall effects of climate change on glacial ice rather than their own extraction activities. However, Jakub Kronenberg, a researcher at Poland’s University of Lodz, warned several years ago that “Kumtor is the largest mining operation interfering with glaciers worldwide,” and that its impact on the ice sheets is “huge in absolute terms.”

While officials in the capital, Bishkek, have presented taking control of the mine as a victory for ecology and the rule of law, Western counterparts have taken a much dimmer view, fearing potential state expropriation. The Canadian and British embassies in the country have issued a joint statement, warning that nationalization of the gold deposit would come with “far-reaching implications for foreign direct investment in Kyrgyzstan.” Ottawa’s foreign minister has also weighed in on the issue, saying he was “disappointed that this dispute between foreign investors and the government of the Kyrgyz Republic was not allowed to be resolved transparently by the parties working together.”

The writing, some commentators say, was on the wall for Centerra when Japarov rose to power. A bombastic populist and former Soviet Army commander, he had been serving an 11-and-a-half year prison term for his purported role in the kidnapping of a political rival when he was sprung from jail at the end of 2020 by his supporters amid widespread protests demanding the removal of then-President Sooronbay Jeenbekov. Japarov was quickly acquitted and elected interim prime minister by the country’s parliament, before winning a landslide election victory to become president himself with 79% of the vote in January.

Japarov came to prominence as a politician years before his arrest with his supporters staging a series of lively pro-nationalization protests against the management of Kumtor. Some, in 2013, led to violent clashes with the police as activists called for the country and its citizens to push for a better deal in the distribution of profits from the site. Without the support of the previous government,  demonstrators fought pitched battles with officers, who deployed tear gas in an effort to dispel the crowds. 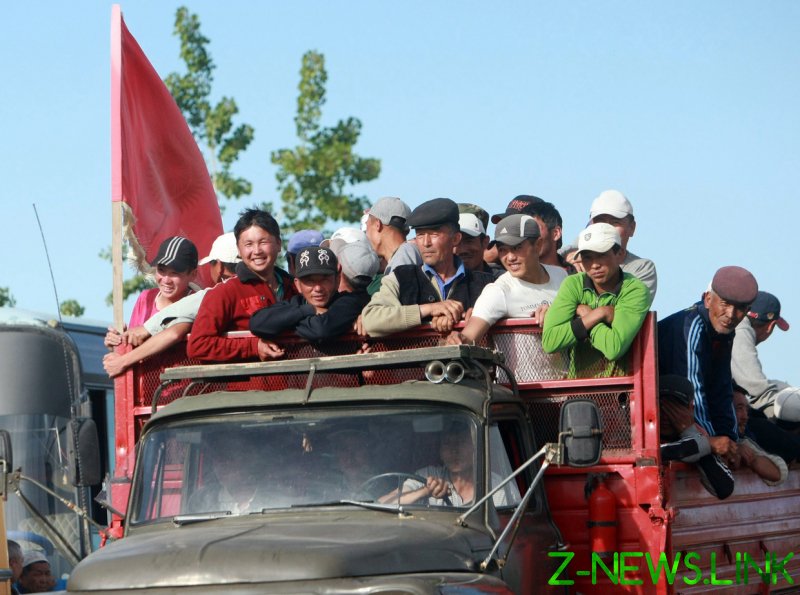 Residents of Tamga and Borskoon villages in a truck during riots near the Kumtor gold mine east of Bishkek. © Sputnik / Vladimir Pirogov

Kumtor also featured as a hot-button issue in the protests that felled Jeenbekov last October, with rioters storming Centerra’s offices in Bishkek, and other groups torching facilities at the mine. However, Japarov initially sought to calm tensions in the opening days of his time as interim prime minister as the political crisis passed. Instead of nationalizing the deposit outright, he said it would be better to seek a review of gold mining agreements, including the one underpinning extraction at Kumtor “in order to replenish the budget.” At the same time, he attempted to close the door on his predecessor’s era, insisting that his administration would bring to justice “all officials involved in corrupt practices.”

However, resentment still swirls over the previous government’s defense of Centerra, and the lengths it reportedly went to to protect the Canadian firm’s interests. As well as a heavy-handed police response, a number of activists, as well as the country’s human rights ombudsman, said that torture and mistreatment was a feature of the response to the 2013 protests. Videos posted online appeared to show men who had been beaten, with bloody faces and massive bruises. Combined with the one-sided profit structure, the sense that Kumtor is about extracting wealth from Kyrgyzstan regardless of what locals think might be hard for Centerra to shake off. 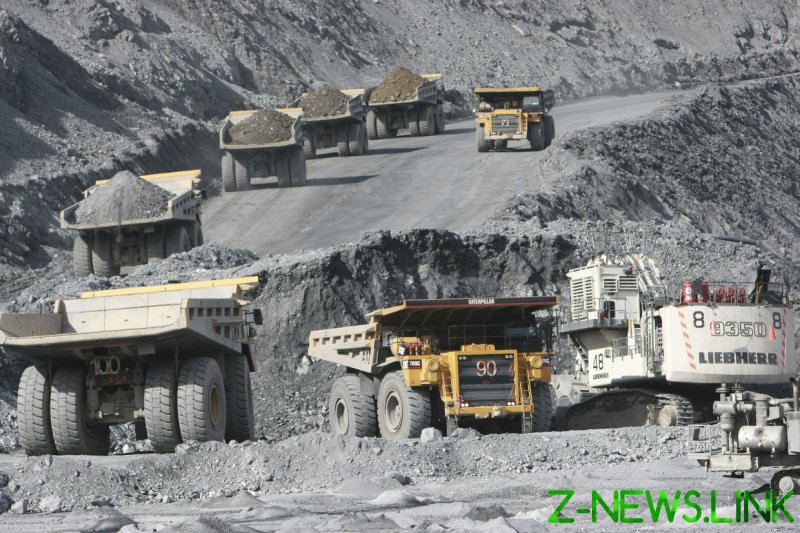 The Kumtor open-pit gold mine, located at an altitude of 4,000 meters near Lake Issyk Kul, 60 kilometers from the Chinese border. © Sputnik / Vladimir Pirogov

However, even if the domestic PR war looks to be far from conclusive, the Canadian firm could still make ground in an international legal battle. Scott Perry,  President & Chief Executive Officer of Centerra, said in a statement earlier this month that authorities have “acted with astonishing speed since the beginning of this year to undermine the basis on which the Kumtor Mine has been operated and has refused to engage with us on any matters it considers to be the subject of dispute.” Implying that the seizure of the mine is more about politics than ecology, the company is requesting overseas arbitration.

In exclusive comments to RT this week, Perry slammed the decision of the Kyrgyz government, which it said was “in breach of its obligations under its investment agreements.” According to him, “the Kumtor Mine’s environmental performance adheres to international standards and has been audited multiple times by, among others, the Kyrgyz Government’s own environmental consultant.” He insisted that these expert reports “have confirmed that the Kumtor Mine is operated in accordance with international best practices and its recommendations for improvements have been implemented by the Company.”

“We believe the government’s actions are part of a concerted effort to coerce Centerra to give up economic value or ownership of the Kumtor Mine or to falsely justify a nationalization of the mine,” Perry added. “The hostile actions of the Government leave us no choice but to continue to protect the interests of Centerra and its shareholders through all legal means.”

Regardless of the outcome of any court battles, gold mining will continue to be an economic lifeline for the former Soviet Republic. With natural resources in short supply, it is clear that the mood is changing within the country on who should profit from them.