All solved. It would wish. 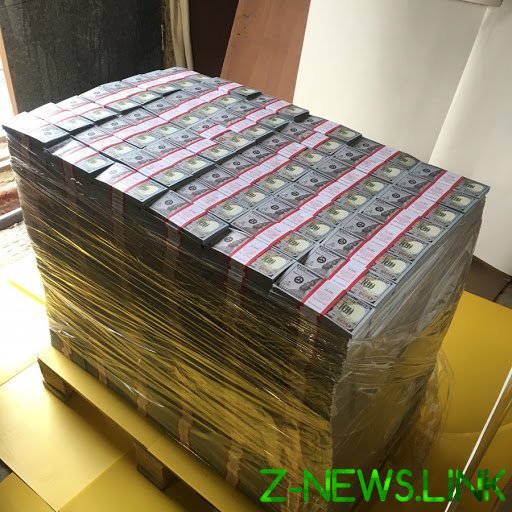 We here in Serono accidentally mixed up:
“There’s no money but you keep” — © Medvedev and
“Not enough money” — © Aleksashenko of the latest edition of his YouTube channel “like in Norway!”.

Reasoning with a huge number of digits seemed strange. In General, when the economist fills up you with figures — he is being disingenuous: either something he does not understand or deliberately confuses you.

The main thrust of the arguments Aleksashenko in Norway will not work, because they have a sovereign Fund ($1,15 trillion) will be enough for payment of $2 thousand per month every Norwegian over 8.5 years. And we have our NWF (7.5 trillion p.) — for 20 thousand rubles 2.5 months. In short — a little accumulated. Had to save up more…

It’s all complete bullshit. And here’s why.

First of all, the funds in the accounts of the Federal authorities on April 1, 2020 — not 7.5 trillion rubles in NWF. And 17.7 trillion. The regions — even 2.9 trillion. In total more than 20 trillion is R. Sergei have looked at official records of the CBR and easy to find all these figures. If I wanted to. He knows where to look. But for some reason did not… was wrong to begin nearly 3 times.

But that’s not the point. What’s the General sovereign Fund? Is there a sovereign Fund, the US, Germany, UK? No. It does not prevent them to provide very significant assistance to its citizens in terms of the pandemic and crisis. Because no Fund is not needed.

And our sovereign wealth Fund (which no sovereign and is not a Foundation in fact) — it should now use the bottom and forget about it. It is not simply unnecessary, it is harmful. Because of accumulating this Fund is a direct deduction from the economic growth of the country and welfare of the citizens. We don’t need these deductions. We need growth and income.

For urgent unexpected spending from all countries of the world there is always a simple source — Treasury bonds. (Plus tax deferral and more, smaller).

USA, Japan, European countries absolutely do not mind the fact that they have a public debt of around 100% of GDP (in Japan — 2.5 times higher). They without doubt will increase it by 15-30 percent.items to help people and businesses.

We have a national debt 12.3% of the GDP. To increase by 20-30 percent.points — no problem at all. This is still serbezovski level of debt (in 3-4 times lower than in developed countries).

The problems with Treasury bonds, but they are quite solved.

It is difficult to place such a debt? Not at all. This is actually a non-market accommodation. Therefore, it will not lead to a sharp increase of percent. The banks are buying Treasury bonds and immediately pawn/sell them to Central banks. The loans actually fall on the balance sheets of the fed and the European Central Bank. Any desired volume.

It may do this and our CBR. But does not want. Although our gosbanki not just ready and very willing to participate in such a scheme. Costin recently proposed this at a meeting with the President.

The high cost of servicing the debt? In 1-x, it’s a problem for another day. Let’s decide today, “burning” problems, and tomorrow will work itself out somehow. In-2, this problem is something man-made. Let the Central Bank lowered twice its key rate — will install it below the inflation rate. Immediately the cost of borrowing fall sharply, and there will be additional stimulus to the economy in the form of lower borrowing costs.

There is a risk of falling of the ruble because of the low rate? Let down. What we are now strong ruble? He in the current situation is beneficial primarily to foreign speculators, who are pulling money out of Russia, and to foreign suppliers because it reduces the cost of imports. CBR there is no need to actually speak out in defense of aliens, keeping the ruble. A weak ruble would be an additional stimulus to our economy.

Narrow-mindedness, narrowness of sight, Sergei Aleksashenko at the problem of helping people raising questions. He actually was on the side of the government and the Ministry of Finance and against the idea of unconditional aid to people in the conditions of the worst crisis in the country since the 90-ies. In defense of his point of view led to… well, very short on ideas arguments. We are disappointed.

We don’t believe in incompetence Aleksashenko. It seems that for some reason he decided to play along with the Russian authorities in their brutal policy. Why, Sergei?