Home / WORLD / ‘All avenues for his detention were exhausted’: Details leading up to ISIS-inspired knife rampage in New Zealand released

‘All avenues for his detention were exhausted’: Details leading up to ISIS-inspired knife rampage in New Zealand released 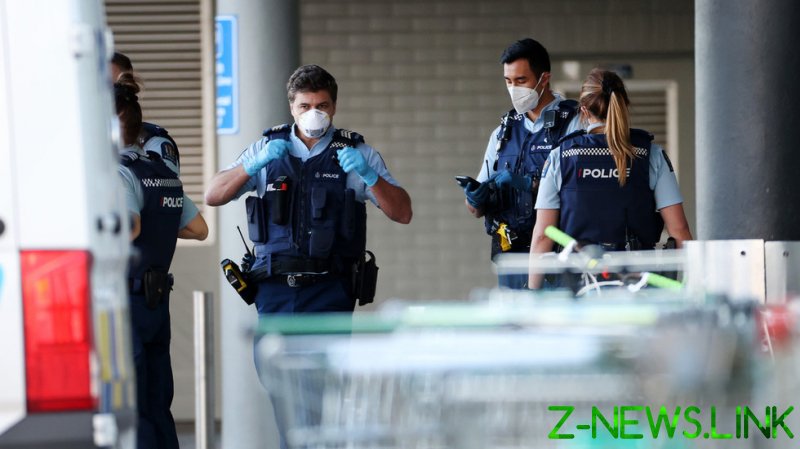 On Saturday, a High Court judge lifted a ban on the attacker’s identity disclosure and his name was made public. The assailant was Ahamed Aathil Mohamed Samsudeen, born in Sri Lanka. There had been plans to deport him, local media reported, saying that immigration officials have sought to revoke his status, but he appealed.

A total of seven people were wounded in the supermarket stabbing spree on Friday, three of whom are in critical condition. One victim is in serious condition and another in moderate condition, Reuters reported on Saturday citing an ambulance service. The remaining two are recovering at home, officials said, while also releasing the ages of the people who suffered from the attacker: three men aged 53, 57 and 77 and four women, 29, 43, 60 and 66 years old. While it was initially believed that the attacker managed to physically hurt six people, police later learned of one more person who had received a minor injury and hadn’t been hospitalized.

Speaking at a press conference on Saturday, New Zealand’s Prime Minister Jacinda Ardern and Police Commissioner Andrew Coster tried to explain how the 32-year old man under heavy surveillance managed to get hold of a deadly weapon and launch his attack before being shot dead by police who had been closely following him for nearly two months.

“This was a highly motivated individual who used a supermarket visit as a shield for an attack,” Ardern said, adding that the incident was “an incredibly tough set of circumstances.” 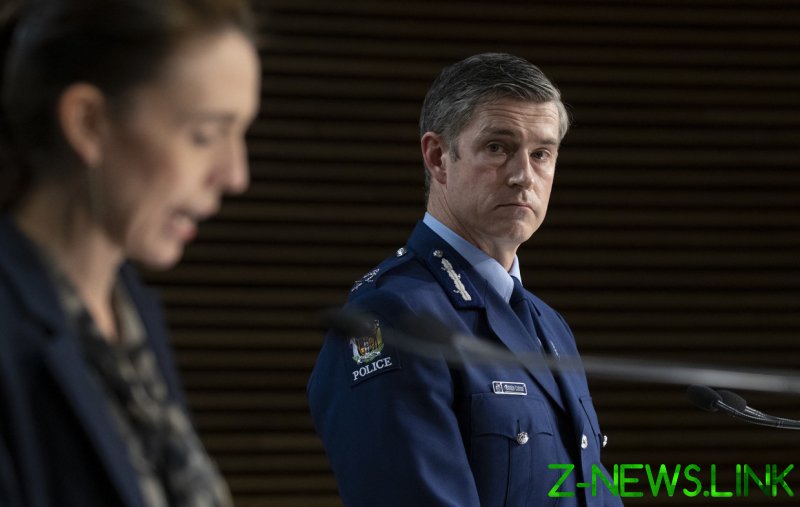 Dubbing the attack “despicable” and “hateful,” the prime minister said only the “lone wolf” man was responsible for it, warning against a backlash aimed at the Muslim community. “It was carried out by an individual, not a faith,” she said.

The government had “utilized every legal surveillance power available to us to try and keep people safe from this individual,” Arden alleged, saying that “all avenues to continue his detention had been exhausted.”

Ahamed Aathil Mohamed Samsudeen arrived in New Zealand 10 years ago on a student visa and spent three years behind bars in his new country after authorities twice caught him with hunting knives and found out he owned and shared extremist propaganda content inspired by the Islamic State (IS, formerly ISIS) group. In a warning court report, the man was described as having a sense of entitlement, extreme attitudes and an isolated lifestyle.

However, earlier this year, a judge ruled his IS videos were not of the worst kind of illicit material and ordered that he be released and put under supervision instead. He lived at an Auckland mosque, from where he took a train and traveled to the Countdown supermarket, tailed by police at a distance.

The attacker’s every move had been monitored around the clock for 53 days from July, the police commissioner told the media on Saturday, saying that some 30 officers had been involved in the operation. The man was “highly paranoid,” used counter-surveillance measures and on some occasions confronted members of the public who he thought were on his tail, Coster claimed.

On Friday, police officers in charge of the attacker were unable to follow him too closely in the supermarket as they could have disclosed themselves. Due to coronavirus restrictions, not many people were at the shop, so police waited near the entrance instead. 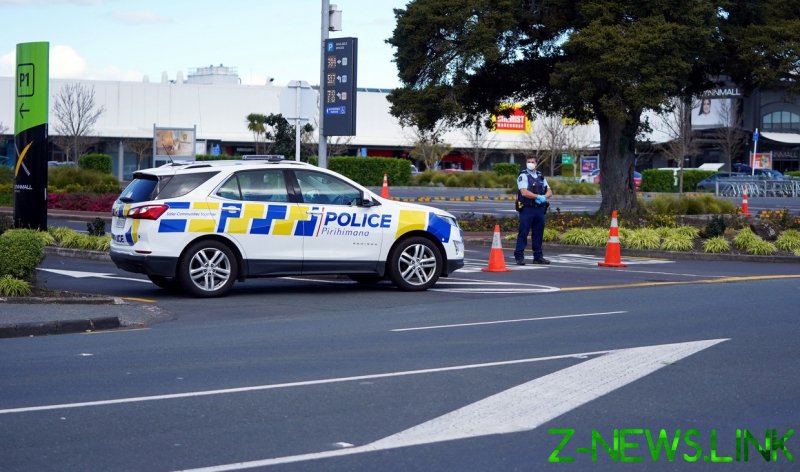 “The surveillance team following him observed him taking a trolley at the supermarket and begin shopping as we had observed him doing on previous occasions,” Coster explained, adding, “He was shopping as normal for approximately 10 minutes before the attack started.” The man, who grabbed his weapon from the supermarket shelf, was “very clever in the way he planned it,” or just “opportunistic and did it at short notice,” the police official concluded.

Countdown said on Saturday that all knives and scissors had been removed from its shops, for people “to feel safe,” and the supermarket group is considering whether to continue selling the items in the future. Other supermarkets followed suit, local media reported.

The attacker, who in 2017 was headed for Syria, presumably to join IS terrorists, but got arrested at Auckland Airport, had been known to multiple New Zealand agencies and the prime minister herself was personally aware of him before the Friday attack. “This was someone who was known to our national security agencies and was of concern and was being monitored constantly,” Ardern said, adding, “There are very few that fall into this category.”

She vowed that immediate changes would be made to anti-terrorism laws, with experts suggesting New Zealand officials are currently not able to adequately deal with such plots. “I am committing that as soon as parliament resumes, we will complete that work,” Ardern said, promising action “no later than by the end of this month.”