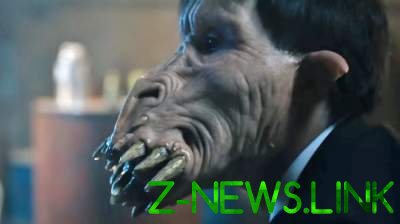 Laughing is not bad.

Residents of the Republic of Kyrgyzstan suddenly learned that they were named after the alien invaders in the new Japanese sci-Fi movie, and met the news surprisingly well.

Japanese picture “brave the Storm”, whose premiere is scheduled for November, is unlikely to be a new word in the genre of “giant robots urinate on each other while the whole city around in ruins”. But in Kyrgyzstan its release already attracted the attention because the “bad guys” in the movie called “Kyrgyz” – Kaktus Media reports.

The plot of the film, which borrows the moves and the “Terminator” and “Pacific rim”, is built around a handful of surviving earthlings departing from 2050 to the past to build combat robots capable of fighting with an alien race “Kyrgyzstan” invaders.

Though not clear why the magazines were called exactly the social network of Kyrgyzstan greeted this news with a pinch of humor.

“I always knew that we were not ordinary people!” – said one of the visitors Kaktus Media on Facebook, while another visitor said: “we, the Kyrgyz, have a sense of humor. We are able to laugh at yourself.”

Someone compares the “Kyrgyz” the question “brave the Storm” with the storm in a teacup – and reminds us how just a few years ago, their neighbors from Kazakhstan had to watch the movie “Borat” where ruthlessly derided “Kazakh” culture.

Another Internet user joked about the bureaucracy in the country: “Almost impossible to distinguish monster from the movie from a typical Kyrgyz official!”