Alien creature on a new poster of the film “skyline 2”

Before the premiere of the film, Liam O’donnell “skyline 2” (Beyond the Skyline) is still one month. Soon the alien light will begin to absorb the earthlings and their money from the box office of the cinemas.

In 2010, Colin Strauss and Greg Strauss released the original “skyline”, which gathered mixed reviews, but overall was not a bad movie about alien invasion. O’donnell then was responsible for the script, now in his office the entire project.

In a world of chaos and panic. The sky closed hanging over the cities, space ships, which in a huge pillar of light delay on Board thousands of people directly from the streets. To find the kidnapped son, the intrepid detective would have to penetrate the ship aggressive aliens, to repel the attack of these angry creatures, and… try to return the planet to the earthlings.

In the Network surfaced another cute poster of the painting – and the right localized. If the focus were the main characters, but now people has no place. Rather, it was found (if you look closely), but this role, they are unlikely to happy. 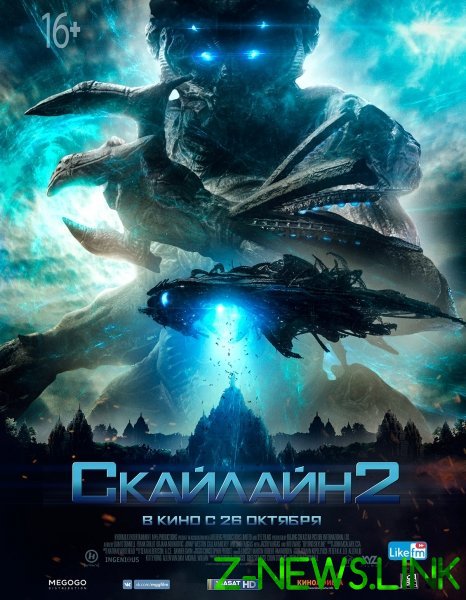