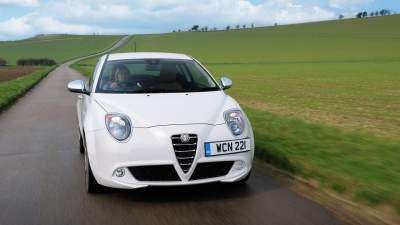 The company is not willing to make the unpopular three-door model.

Days compact 3-door hatchback Italian brand are numbered, and in an official statement Director of Alfa Romeo Europe Zerbi Robert (Roberta Zerbi) commented that any replacement will be made as demand for 3-door cars in Europe continues to fall catastrophically.

In June 2018, was published the development plan of FCA, which is not part of the MiTO hatchback. At the beginning of 2019, from the factories of Alfa Romeo will go last “MiTo”, which was produced for 10 years. Subcompact debuted back in 2008 in the framework of the British International Motor Show.

Then the runabout has undergone two facelift, in 2013 and 2016, respectively. Demand began to fall steadily, and it was therefore decided to remove it from the production line. In the strategy development of the brand made a bet on the emergence of a subcompact crossover that can fill a niche MiTo, because it is expected to be approximately the same size.

“Now people who bought the MiTo, certainly started a family and want a car for a few more, because three-door cars do less and less. Not one manufacturer on the European market stopped the production of “trendwerk,” says Zerbe. The management of Alfa Romeo Europe did not specify when it might appear a compact crossover, but it is likely that in the next two years he will see the light.

See also:  The release of the survival game The Long Dark

In conclusion, Alfa Romeo plans to revive two legendary names – GTV and 8S. 8S, most likely, will be a hybrid and will receive a mid-engine layout, but what will be the new GTV is still intrigue.

In addition, the compact sports car Alfa Romeo 4C will also be removed from production soon, because for the promising American market to 2019 available only Roadster.