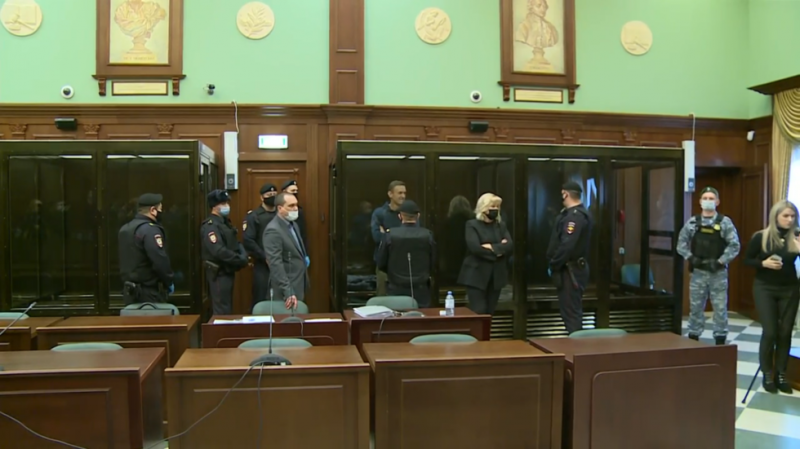 On Tuesday, Moscow City Court ruled that Navalny had failed to regularly report to the Federal Penitentiary Service (FSIN), and his excuse for non-appearance was deemed insufficient. Therefore, the judge decided that the suspended judgment should be converted into a real one.

The anti-corruption activist was originally sentenced in 2014 to three-and-a-half years, but he has already served close to ten months under house arrest.

In 2014, Navalny was found guilty of embezzling 30 million rubles ($400,000) from two companies, including the French cosmetics brand Yves Rocher, in a case he claims was politically motivated. The judgment was also condemned by the European Court of Human Rights (ECHR), which called the conviction “arbitrary and manifestly unreasonable.” He received a sentence suspended for five years, which was later extended by another year. It was due to expire on December 30 last year. However, a couple of days before it ended, Navalny was summoned by the FSIN. He didn’t turn up, as he wasn’t in the country, and was therefore declared a wanted person.

At the time, Navalny was in Germany, convalescing from an alleged poisoning in Siberia last August. However, a report published by Berlin doctors in December showed that he had recovered, and therefore, according to the FSIN, he technically should have been able to attend. At the hearing, Navalny disputed this, claiming he wasn’t fit to return to Russia until mid-January.

Prior to the beginning of the case, media reported a large police presence around the court building, with several arrests being made. Nearby streets were blocked off.

As well as members of the press, the session was also attended by representatives of many foreign embassies, with a long row of diplomatic cars being seen outside the courthouse.

After the hearing began, Ekaterinburg-based news outlet Znak reported that Vyacheslav Detishin, the head of the court where the case was initially scheduled to be heard, handed in his resignation last week and may leave his job on March 1.

The last two weekends have seen pro-Navalny supporters take to the streets across Russia to demand his release from prison. On January 23, the date of the first protest, thousands of demonstrators turned up throughout the country, in over 100 cities. Last Sunday saw a general decrease in numbers but an increase in arrests and violence, with videos on social media depicting the police’s use of electric batons. At one point, in Saint Petersburg, an officer drew his gun after coming under attack by demonstrators.

Prior to Sunday’s protest, law enforcement raided the apartments of a number of Navalny allies, including spokeswoman Kira Yarmysh and politician Lyubov Sobol, both of whom are now under house arrest.

Navalny returned to Moscow on January 17, almost five months after he arrived in Germany in a coma. He was immediately arrested. According to German doctors, he was poisoned with the nerve agent ‘Novichok.’ Navalny says the Kremlin is behind the attack, an allegation which has been flatly denied by Putin’s spokesman. Dmitry Peskov has accused the opposition figure of having a persecution complex.