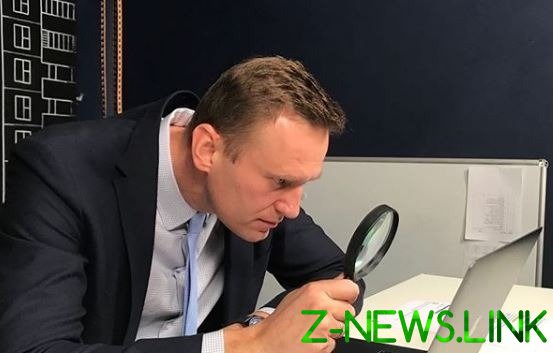 Opposition leader Alexei Navalny appealed to Zyuzinsky Interdistrict investigatory Department GSU of Investigatory Committee of the Russian Federation in Moscow with a statement in connection with his poisoning in the remand prison No. 1, where the politician is serving the administrative arrest. About this on his page in Twitter wrote the lawyer Vadim Kobzev.

“During the test, please first assign chemical-Toxicological forensic examination to establish the harmful substance and to request the video from surveillance cameras in the detention center”, — the lawyer wrote.

We will remind, on 24 July, the court arrested Alexei Navalny for 30 days under part 8 of article 20.2 of the administrative code (“the Repeated violation of the established procedure of organizing or holding meetings, rallies, demonstrations, marches or picketing”). On the morning of 28 July, the policy was taken to the hospital. According to his press Secretary, Kira Yarmish, Navalny had severe swelling of the face and redness of the skin. The policy was diagnosed with “contact dermatitis”. According to the representative Navalny, previously he did not complain of any Allergy.

“What poisoned the local cops, I rule out — they were shocked at my appearance and occurring more than me. There are cameras everywhere, we have asked them officially. We need those moments when all were forced to walk around or calls. If at this time the camera came some people, the inhalation becomes very significant. If not, then increases the force version with a unique medical case. Someday it will be called “single acute allergic reaction Bulk”,” — wrote Bulk previously.

29 Jul opposition leader was released from the hospital and taken back to the detention center.

“Interfax” referring to the head physician of scientific research Institute of emergency care named Sklifosovsky Alexei Tokarev, wrote that chemical-Toxicological the study found no toxic substances in Bulk biomaterials. According to Tokarev, the test results were sent to the laboratory of the research Institute on 29 July from the city clinical hospital No. 64, where Navalny was taken from the detention center.

However, the attending physician Bulk Anastasia Vasilyeva questioned the results of this examination. In addition, she stated that several Russian laboratories have refused to conduct an independent examination of tests.

“In Russia turned out to be difficult to do, because nobody wants, everyone is afraid. In any case we will succeed in the examination: cotton fabric remain for quite a long time a toxic substance. I sent the materials in one toxicology laboratory in Moscow, but people are afraid, and we don’t call the place” — she said “MBH media”.