Alexander Lukashenko said that he had been ill COVID-19 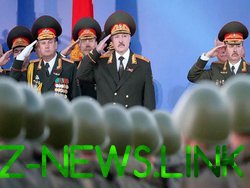 Alexander Lukashenko said that he had been ill COVID-19, according to the telegram-channel “Pool First”.

— I apologize for my voice, lately I have a lot to say, but the most amazing thing is you are meeting today with a man who is on his feet managed to move coronavirus, — Lukashenka said in a hoarse voice during a visit to the unit 3214. — Yesterday this conclusion, the doctors did. Asymptomatic. Well, like I said, 97% of the population carry this infection without symptoms. Thank God that I managed to get in this cohort of asymptomatic.

Recall that when instances of the coronavirus began to record and Belarus, the President called the new virus psychosis.

“Despite some criticism from my side, I have this coronavirus, referred to as psychosis and this will never give up because along with you has already gone through a psychosis, and we know where that led. I am absolutely convinced that this is another of the same psychosis that someone will be on hand, and someone and harm, — said Alexander Lukashenko. But we live in a particular situation and, of course, must come from the situation not only in our country but outside our country. Why am I feeling this way? Because I am absolutely convinced that we are more likely to suffer from panic than from the virus. That is what I am most concerned about.”

May 2, press Secretary of the President Natalia Eismont said that Alexander Lukashenko is no need to do the test.

— Absolutely know that the President still didn’t test for coronavirus, she said. — There is no need.

Press Secretary of the President explained that Alexander Lukashenko lives out of town, did not change their habits.

— He has a strong immunity, it feels good, and need to do a test it does not.

The President last month led a very active lifestyle. Met with the Trustees, assets in different areas, attended the Midsummer in Alexandria and the “Slavic Bazaar in Vitebsk” at the end of June he was in Russia on parade in honor of the 75th anniversary of the great Victory in Moscow and participated in the Rzhev opening of the memorial to Soviet soldiers. That he was for some time left in isolation, is not known. Also, the President and his entourage never appeared in public in masks.