Home / business / Alexander Guruji: in the case of “Free Falcon” there is no crime

Alexander Guruji: in the case of “Free Falcon” there is no crime 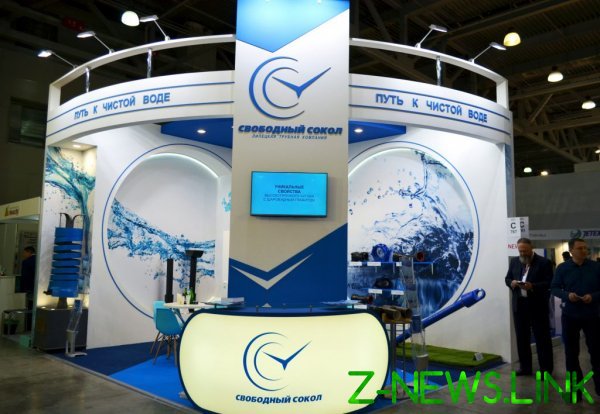 On August 21 the Center for public procedures “Business against corruption” (CSC BOD) has considered the appeal from the top managers of Lipetsk pipe plant “Svobodny Sokol” (JSC “LTK “Free Falcon”). The experts came to the conclusion that in fact, there is no crime, no theft is not out of the question, and the result just don’t really understand how is structured the relationship in the energy sector.

“Svobodny Sokol” — is the oldest metallurgical plant of Russia, the only territory of the CIS countries the manufacturer of pipes of ductile cast iron with nodular graphite. The company’s share on the Russian market of pipes for engineering communications in the field of housing is 25 per cent, making it the largest supplier of these products.

The meeting was held with the participation of the Commissioner for the protection of the rights of entrepreneurs in the regions of Russia Boris Titov, co-Chairman of the Russian public organization “Business Russia” Andrei Nazarov, head of the Association of business protection, human rights activist Alexander Guruji.

Now the plant is experiencing unprecedented pressure from the power structures that threaten to arrest accounts of the enterprise, and therefore to leave 1,500 people. A criminal case against managers of the plant defenders is considered to be fabricated. A prominent human rights defender and head of the “Association for the protection of the business,” Alexander Guruji said: “In the case of “Free Falcon” no crime”.

During the meeting, the Center’s lawyers drew attention to the obvious in the actions of the initiator of the conflict – LESK – raider and corruption. They indicate the translation of civil-legal dispute in criminal legal norms, the violation of the provisions of article 90 of the criminal procedure code of the Russian Federation “Prejudice”, a criminal case without a victim’s statement.

“If you look at the law, then, in my opinion, the situation should conclude with the termination of the criminal prosecution against “the Free Falcon”, must also be filed the corresponding criminal cases against Laska (Lipetsk energy retail company, the initiator of criminal prosecution of “Free Falcon” – editor’s note), which is in violation,” said Alexander Guruji.

According to managing Director Anton babutsidze, attorneys in the proceedings of the plant are surprised at how obvious it was fabricated.

“We have completed the courts, we have no claims – however, the case turned into a criminal. One day I was detained and imprisoned, of such humiliation in my life experienced. I hope that after this meeting of TSOP, which we all unanimously supported, the case will rise to a higher level,” he said.

According to the lawyer Nikolay Gubin, the case against “Free Falcon” is not just fabricated, it “has a serious degree of arrogance and permissiveness”.

“It’s not just fabricated, it has a serious degree of arrogance and permissiveness. From the businessman require almost no Holiness, but at the same time use illegal methods on the principle of Krylov’s fable: “You are guilty only in the fact that I want to eat”, he said.

Gubin noted that after the meeting, TSOP business will acquire an entirely different character – consideration will be transferred to high level.

“Now much has changed. In my memory, the intervention of Boris Titov leads at least to the termination of the criminal case, as a maximum — to the acquittal decision. Now in the case of “Free Falcon” followed by an appeal to the Prosecutor General and the Investigative Committee”, – said the lawyer.

Alexander Guruji, head of the Association of Business Protection:

We at AZB from the documents immediately saw that the criminal proceedings instituted after the decision of Arbitration courts on the same issue, we are talking about the translation of civil law relations in the criminal track. At the meeting of the ‘business against corruption’, independent experts have confirmed it. In addition, for the first time in my memory, the experts from the first minute came to a common opinion that in criminal case there is no crime. We took the case to the work and will use the whole Arsenal of means of protection of business which is the business of the Ombudsman. Moreover, we intend to draw the attention of the Interdepartmental working group under the Prosecutor General’s office to clear signs of corpus delicti in the actions of the so-called “victim” in this case that has already been confirmed by FAS.

Meanwhile, the resonant story of power and even criminal pressure at OOO “Lipetsk pipe company “Svobodny Sokol” has previously been the subject of parliamentary inquiry to the Prosecutor General of Russia Yuri Chaika. As follows from the text of the appeal of the Deputy Tamara Pletnev, the owner of LTK, OOO Svobodny Sokol” Igor Efremov faced not only with the pressure of law enforcement officers, but also with the attempted extortion of bribes for “the decision.” The businessman was asked for 200 million rubles to close the criminal case, in the case of failure to pay the businessman was threatened with a new thing – it is not “fraudulent” article 159 part 4, and under article 210 of the criminal code – “participation in organized criminal activity.” In this case, according to media reports, in published social networks and a number of publications audio recordings of meetings ransomware with the owner of the company sounded the names of high-ranking officials, including the Prosecutor of the Lipetsk region Konstantin Kozhevnikova, the patronage of which was referred to the criminal “guests”. Given these circumstances, which Igor Efremov has already appealed to the intelligence agencies, the case of “Free Falcon” can result in a high-profile investigation against its initiators.