Home / WORLD / Alexander Davydov: Germany has abandoned decades of balancing both Russia and US, how long will it survive on its new path?

Alexander Davydov: Germany has abandoned decades of balancing both Russia and US, how long will it survive on its new path? 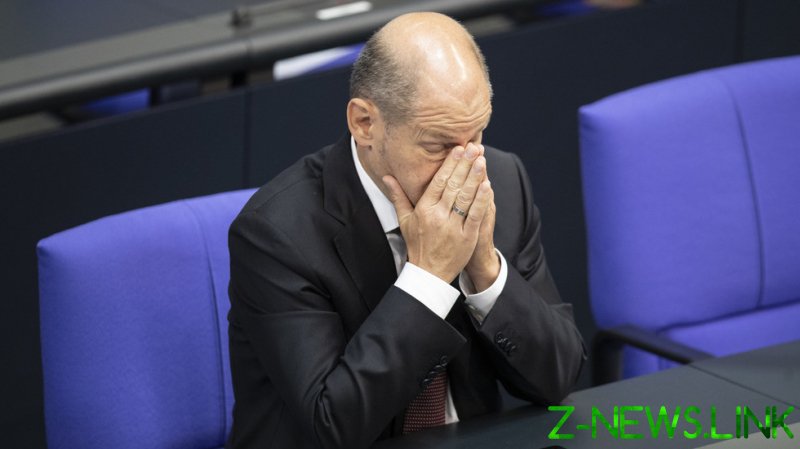 What was known as the “memory culture” was an essential element of the foreign policy strategy of post-war Germany. Wise leaders were able to gradually restore the importance of the country on the international stage and achieve strategic goals.

A prime example was Chancellor Willy Brandt’s ‘Ostpolitik,’ based on ideas of repentance and overcoming post-war enmity. The historical reconciliation between Bonn and the USSR became the basis for the future unification of Germany – solving the main task of the country’s political elites after the end of World War II.

However, less gifted politicians find historical memory a handicap and a hardship. For neighbours, the ambitions of German leadership in Europe bring back painful memories. Indeed, historical documents such as the Treaty of German Unification, limit the military capabilities of the state – which is a direct obstacle to Chancellor Olaf Scholz’s dream for the creation of “the strongest army in Europe.”

Today, the image of a peace-loving nation that has re-educated itself after the tragedy of two world wars does not fit well with active arms deliveries to Ukraine.

“This war must end,” Scholz recently warned, while in Kiev. Meanwhile, his government’s website is regularly updated with information on weapons already delivered and planned to be delivered to the Ukrainians. This is what you might call a paradox.

Let’s look at some of the rhetoric coming out of Berlin. On June 21, on the eve of Russia’s Day of Remembrance and Sorrow, Economy Minister Robert Habeck called the reduction of Russian gas supplies “an attack on Germany.” Foreign Minister Annalena Baerbock has claimed that “Russia deliberately uses hunger as a weapon.” 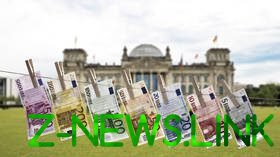 By the way, behind the unfounded lies are real historical data – more than four million Soviet citizens were starved to death during the Nazi occupation.

At the G7 summit last month, Scholz called on participants to prepare a new “Marshall Plan” for Ukraine, twisting the meaning of the programme that helped Western Europe recover from the horrors of fascism. It feels like a policy of remembrance is being replaced by a policy of deliberate amnesia.

The “change of epochs” proclaimed by Scholz at the end of February means one thing so far: Berlin is abandoning everything before that time. In relations with Russia, even the modest achievements of the past have become the subject of censure, and Moscow’s calls for a European system of indivisible security are perceived as fantastical ideas.

The culture of cancellation prevails over the historicism of diplomacy. Berlin’s reluctance to put politics into a historical context demonstrates the absence of self-determined goal-setting and a coherent strategy.

Before the election, the incoming chancellor promised a renewed foreign policy in the spirit of his predecessor and fellow party member Brandt. Previously, Germany’s eastern policy, complex and controversial, confirmed that the government could find a delicate balance between values and interests: maintain allied solidarity in the EU and NATO, but keep space for dialogue with “opponents of the collective West.” In other words, argue over political and moral issues while developing mutually beneficial commercial projects.

Scholz’s approach is the opposite of what Willy Brandt and his followers worked on. Berlin has finally narrowed the once dynamic and multifaceted eastern policy solely in support of Kiev. In international relations, however, simplification rarely reduces contradictions. 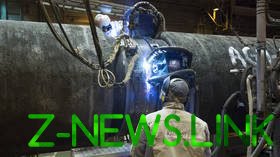 READ MORE: Evgeny Tugolukov: Germany’s prosperity is fueled by Russia, and the Siemens story suggests the penny may be dropping in Berlin

This sort of primitivization does not add credibility to the German leadership, but it does raise doubts about its competence.

The granting of EU candidate status to Ukraine, actively supported by Berlin, could also turn out to be an embarrassment. And it is not just about the five other official members of the waiting list and several potential contenders, who have been waiting or are still waiting years for this decision, all the while trying to fulfil the EU’s strict requirements. In Germany’s foreign policy approach, showmanship and symbolism are gradually replacing order and consistency.

After all, on a more practical level, everyone recognises that Ukraine’s real participation in the European Union is impossible and it is unclear whether it will ever become tangible at all.

The unique path that the peoples of Germany and Russia took together after WW2 demanded repentance on the one hand and forgiveness on the other. Now, for the sake of “allied solidarity,” Germany is sacrificing the fruits of this painstaking shared work.

Indeed, Berlin would probably be prepared to turn its back on other countries if its allies demanded it. For example, China – Germany’s main trading partner for the past six years – will instantly become an irreconcilable enemy if the US-China stand-off escalates.

Was it possible to expect a different reaction from the Germans to the events now taking place? More balanced statements from cabinet members and less aggressive headlines in their house journal, Der Spiegel? 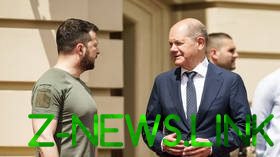 Partly, the current turnaround is the flip side of the course that has been the basis of German policy up to now. Berlin had systematically reduced the importance of the Bundeswehr after unification, based on the irreversibility of the so-called “end of history” and, as a result, was totally unprepared for the dramatically changed politico-military realities of today. Moreover, very few expected that Russia would move from years of exhortations, which could be ignored, to decisive action. The decades-long rejection of Realpolitik in favour of a values-based approach and the willingness to put the remaining questions of strategic security under US and NATO control predetermined Berlin’s reaction to current events. At the moment it is not so much aggression as confusion.

“Solidarity with allies and distortion of history is a safe haven for a government that planned to devote itself to an environmentalist and virtue-signalling foreign policy in 2022, rather than renewing the army and supplying arms to the conflict region.”

The German leadership believes it simply cannot afford not to be on what it thinks is the “right side of history,” as Scholz called it in February. Because otherwise the entire political and ideological basis of the cabinet would crumble and it would prompt questions about its adequacy.

“German foreign policy has stood on one leg since 1949. We face another challenge: not to pursue a policy of maneuvering, but to stand on the second leg as well, based on friendship with the West and negotiating every step with our Western friends, which is called an Eastern policy,” Brandt once outlined. By taking a shot at the “second leg,” Berlin continues to stand firmly on the first one. The question is whether it is possible to get far on just one leg.