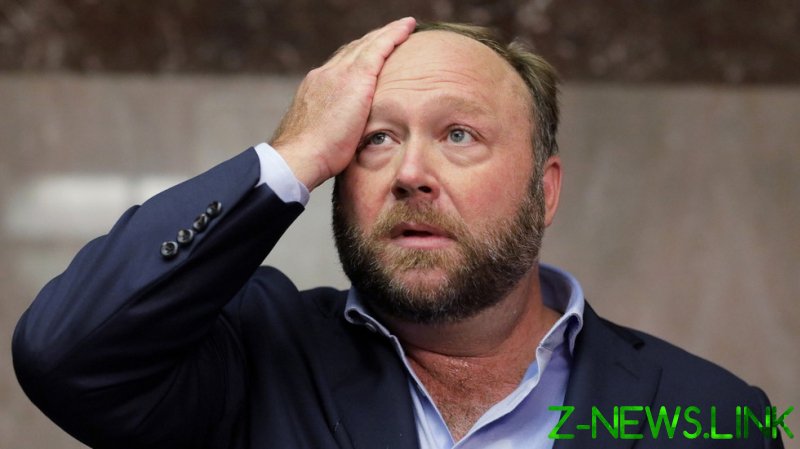 The Monday ruling builds up on a previous decision by a Texas court, which last month likewise found Jones liable by default. In both matters, Jones stonewalled court discovery, defying court orders to provide relevant materials.

Families of 10 victims, two in Texas and eight in Connecticut, seek damages from the popular conservative host, who claimed that the 2012 mass shooting in Newtown, Connecticut was staged. Jones claimed the tragedy was a “hoax” meant to give public support to tighten gun controls and branded people involved in it “crisis actors”.

After killing his mother, the 20-year-old shooter drove to Sandy Hook Elementary School, gunned down 20 students and six school employees and took his own life.

All the defamation lawsuits were filed against Jones in 2018. The plaintiffs claimed damages for years of emotional distress and harassment by people who bought into Jones’ claims. Among the plaintiffs in the Connecticut lawsuit was an FBI agent who responded to the shooting and was branded a participant of the “hoax” by Jones.

The host later acknowledged that the massacre was real, but claims that it is being used by the US government to curb Americans’ freedoms with help from the victims’ families.

In both states, courts said Jones refused to provide documents about his business operation, which led them to issue rare liable-by-default rulings. Judges in Texas and Connecticut ordered him to deposit materials to assess whether he and his media outlet Infowars profited from his promotion of the conspiracy theory. Jones claimed he suffered a drop in audience share after making his false allegations about Sandy Hook.

Commenting on the Monday ruling, Jones said that he was denied a trial by a jury and was found “guilty until proven guilty; the only question is how guilty I am”. He was referring to the fact that in both cases he was ruled liable by a judge, while the amount of damages would be determined by a jury next year.

Jones’ lawyers said they will appeal the new ruling. “We remain confident that, in the end, the Sandy Hook families cannot prove either liability or damages. We think their lawyers know this; hence, the desperate effort to obtain a default,” his attorney Norman Pattis said.