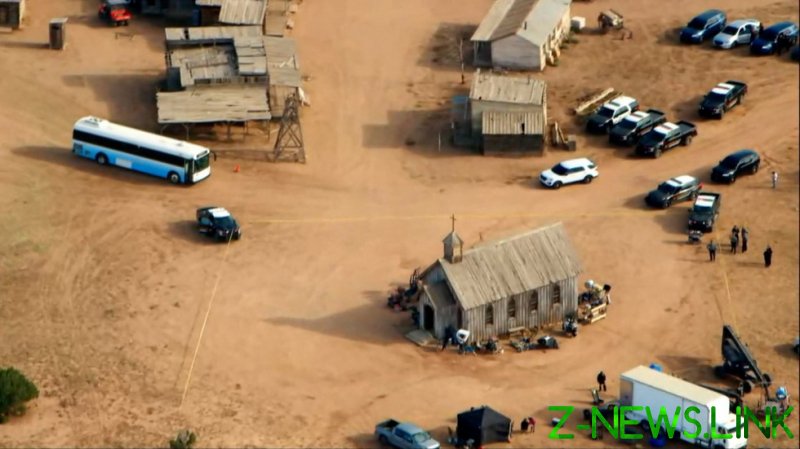 Apparently under the impression the prop was safe to handle around other crew members, Baldwin ended up discharging the weapon at least one time on set on Thursday, killing director of photography Halyna Hutchins, 42, who was struck in the chest, and injuring director Joel Souza.

The new details about the case emerged in a five-page affidavit issued by the Santa Fe County sheriff’s department and obtained by the Associated Press and the New York Times on Friday. It was not previously known that the assistant director gave the “cold gun” heads-up to Baldwin before the tragic incident.

The sheriff’s office has been granted a request to search the area of the set where the shooting took place, as well as to examine the prop gun for forensic evidence and on-set footage that could shed more light on what happened. The investigation is ongoing.

So far, no charges have been filed, and while the police document provides a basic overview of the known facts, it remains unclear how a live round ended up in what was supposed to be a “cold” gun. However, according to Detective Joel Cano, who penned at least part of the affidavit, the assistant director “did not know live rounds were in the prop gun.”

Baldwin, for his part, has said his “heart is broken” after the incident, and that “there are no words to convey my shock and sadness.” A spokesman for the sheriff’s office, Juan Rios, confirmed that Baldwin is still free to travel, faces no charges and has been “very cooperative” with police.