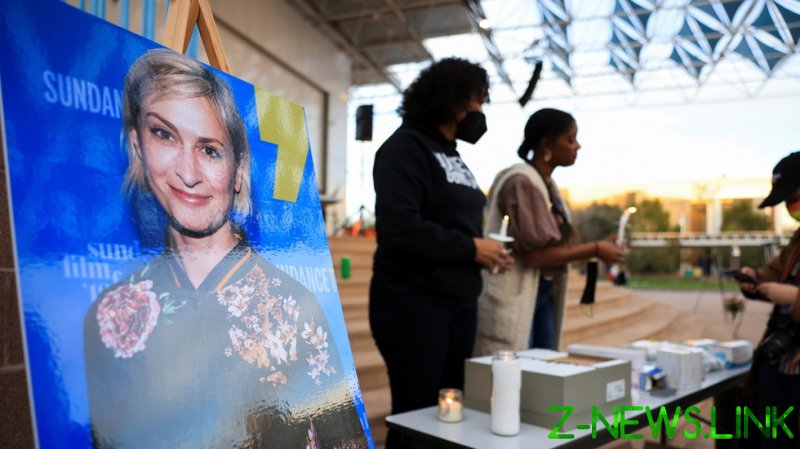 The lawsuit, which was filed on Wednesday in Los Angeles Superior Court, marks the first of what could be many legal actions over last month’s shooting on the New Mexico set where ‘Rust’ was being filmed. The case names more than 20 defendants, including David Halls, the assistant director who handed Baldwin the gun, and armorer Hannah Gutierrez-Reed, who oversaw weapons on the set.

Baldwin fired the gun after allegedly being told by Halls that it was “cold,” meaning it wasn’t loaded with real bullets, killing Hutchins and injuring ‘Rust’ director Joel Souza. Svetnoy claimed that the bullet barely missed him, and he held Hutchins in his arms as she died.

The negligence of Baldwin and the other defendants has caused the plaintiff “severe emotional distress” and will haunt him forever, the lawsuit said. “There was no reason for a live bullet to be placed in that .45 Colt revolver to be present anywhere on the ‘Rust’ set, and the presence of a bullet in a revolver posed a lethal threat to everyone in its vicinity,” the suit added.

Svetnoy has accused the movie’s producers of trying to save money by failing to hire a “competent and experienced” armorer. But a lawyer for the 24-year-old Gutierrez-Reed, has claimed that someone put a live round in a box of dummy bullets on the film’s set as an act of “sabotage.”

Lawyer Jason Bowles reiterated that allegation on Wednesday, saying, “We are convinced that this was sabotage and Hannah is being framed. We believe that the scene was tampered with as well before the police arrived.”

“We eagerly await the FBI’s investigation as well, and we are asking for a full and complete investigation of all of the facts, including the live rounds themselves, how they ended up in the dummies box and who put them in there,” Bowles said.

Santa Fe County district attorney Mary Carmack-Altwies said on Wednesday that additional live rounds had been found on the ‘Rust’ set. “We still don’t know how they got on the set,” she told ABC News. “And how they got there, I think, will be one of the most important factors going into a charging decision.”

Svetnoy’s lawsuit, which seeks unspecified compensatory and punitive damages, detailed a series of alleged failures to properly inspect the gun as it was loaded by Gutierrez-Reed, given to Halls, handed to Baldwin and then fired.