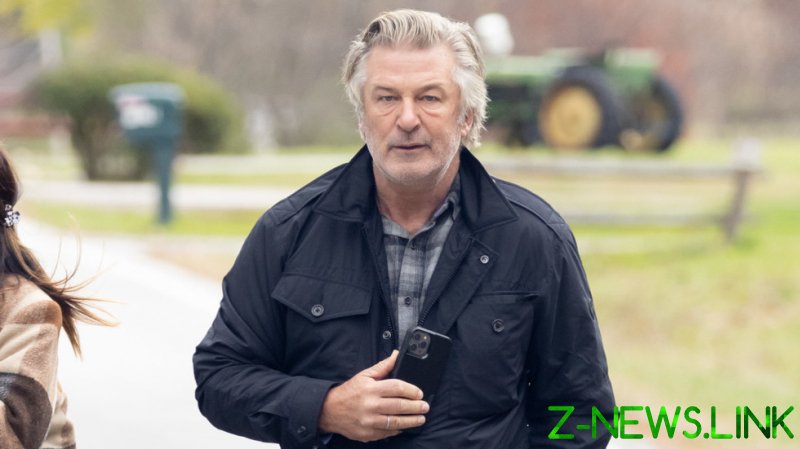 Alec Baldwin has denied he’s refusing to comply with a search warrant for his phone amid a probe into the shooting of cinematographer Halyna Hutchins, arguing authorities have to tell him what exactly they want from his device.

In a video posted to Instagram on Saturday, Baldwin said “any suggestion that I am not complying with requests or orders or demands or search warrants about my phone” is “bullsh**” and “a lie.”

A search warrant for Baldwin’s phone was issued in New Mexico last month after Hutchins was killed on the set of the Western movie ‘Rust’, which was being filmed in the state. The cinematographer was fatally shot and killed after a gun in Baldwin’s hand fired, even though the actor claims he never pulled the trigger. Despite the search warrant, authorities in New Mexico and New York are still working to recover Baldwin’s device in search for potential evidence.

“This is a process where one state makes the request of another state. Someone from another state can’t come to you and say, ‘Give me your phone, give me this, give me that.’ They can’t do that,” Baldwin claimed on Saturday. “They’ve got to go through the state you live in, that’s a process that takes time.”

Baldwin argued that authorities in New Mexico would “have to specify exactly what they want” as they “can’t just go through your phone and take your photos or your love letters to your wife.”

The Hollywood actor said once authorities had made a specific request, and once the request had been approved by authorities in New York, he would be “perfectly fine” with complying to the search.

In the video, Baldwin also lashed out at “right-wing rag sheets” and “people who are all about hate” for covering the investigation into the shooting, commenting that the “only way we can honor the death of Halyna Hutchins is to find out the truth.”

Baldwin said he wanted to make sure that authorities do “everything in their power to find out what really happened.”