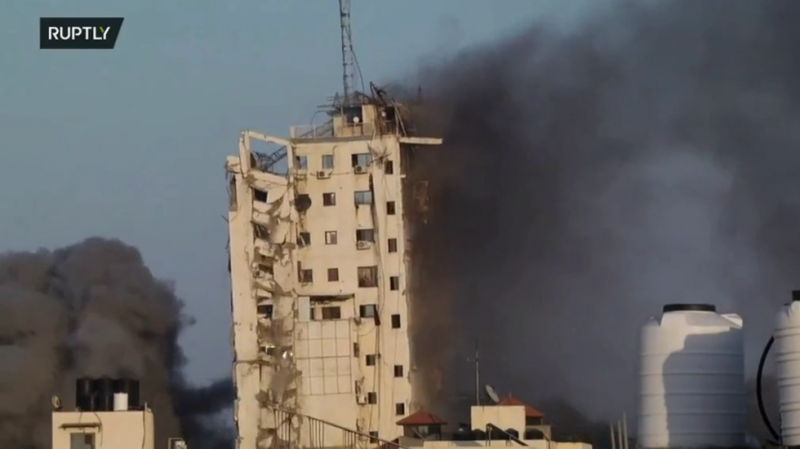 The ten-storey Al-Shourouk high-rise building was levelled to the ground on Wednesday after being struck by missiles fired by the Israel Defense Forces (IDF).

Footage of the final moments of collapse showed the tower block, which housed a number of media offices, fall to the ground and send a large column of smoke and debris into the air.

Israeli Prime Minister Benjamin Netanyahu tweeted a video of the collapse and said: “Whoever shoots at us – bleeds in his head. Congratulations to the IDF.”

It is the third such Gaza high-rise to be brought down in the last 24 hours, after the Al-Jawhara Tower was destroyed on Wednesday morning and the Hanandi Tower collapsed following an Israeli strike on Tuesday evening.

Israel’s military has been striking targets in Gaza since Monday in response to rockets fired by Palestinian militants into Israel after tensions in East Jersualem over the planned forced eviction of Palestinian families erupted in recent days.