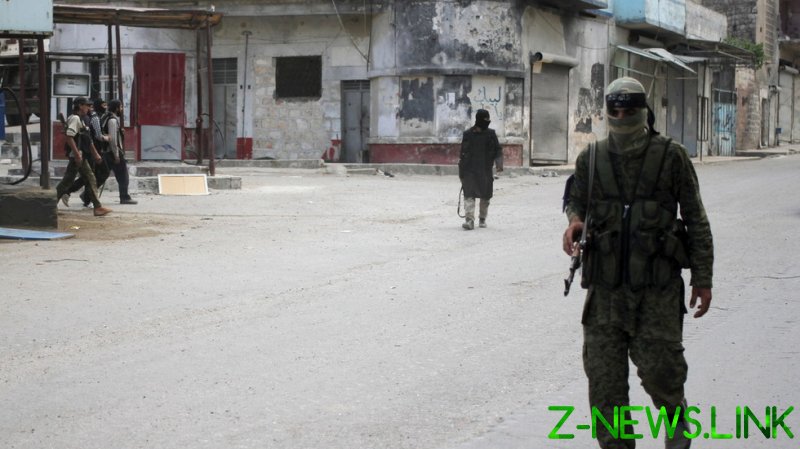 Citing intelligence reports, Rear Admiral Vyacheslav Sytnik, deputy chief of the Russian de-escalation mission in Syria, claimed that militants belonging to Hayat Tahrir al-Sham (HTS) have transported containers with toxic agents to the settlement of Tarmanin. The Al-Qaeda-affiliated terrorists plan to use the chemicals, believed to be chlorine, to “simulate” an attack resulting in casualties among local residents, Sytnik said. He added that the militants hope to then blame the incident on Syrian government forces.

The warning comes several weeks after the reconciliation center revealed that it had been tipped off that HTS militants and members of the ‘White Helmets,’ a self-styled civil defense group, were planning to stage a chemical attack in a town 11 kilometers (seven miles) northwest of Aleppo.

The Syrian government has been blamed for a number of alleged chemical attacks that have occurred since war broke out in the country in 2011. In some cases, western militaries have used the alleged atrocities to launch retaliatory strikes against Syrian military targets.

While Washington and other nations have pointed to videos made by the White Helmets as proof of the attacks, Russia and Syria have produced witness testimony, as well as other evidence challenging the West’s narrative.

The US and its allies launched missile strikes against Syria in response to an incident in 2017 in Khan Shaykhun. Syria was targeted by US missiles again in April 2018, following an alleged chemical attack in Douma. The Organization for the Prohibition of Chemical Weapons (OPCW), which investigated the Douma incident, has also come under scrutiny, after whistleblowers accused the UN chemical weapons watchdog of sanitizing its report on the matter and of ignoring analyses made by the group’s fact-finding team.