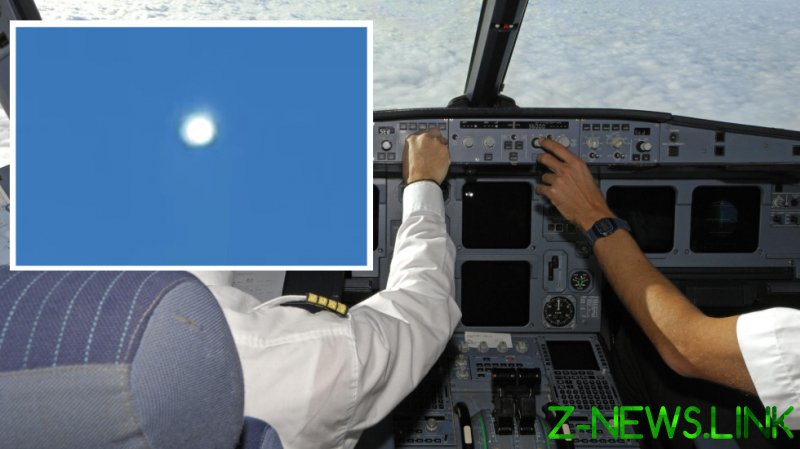 It emerged Wednesday that the pilots saw the strange object during a flight from Karachi to Lahore at around 4pm on January 23. The plane was travelling at an altitude of 35,000 feet when the sighting occurred.

“The UFO was extremely bright despite the presence of sunlight,” the pilot said, speaking to Pakistan’s Geo News.

One of the flight team began recording the white circular object and the footage subsequently went viral in Pakistan. Several of the country’s news networks reported on the mysterious encounter.

A spokesperson for Pakistan International Airlines (PIA) said the pilots immediately reported the unidentified object to the control room when they came across it near the Punjabi city of Rahim Yar Khan.

“According to the pilots they witnessed a ‘flying saucer’ at an altitude of 35,000 feet in the sky,” the national carrier’s spokesperson said.

“It is too early to say what that object was. In fact, we might not be able to tell what the object was at all,” the spokesperson added. “However, something was spotted and it was reported in accordance with the required protocol.”