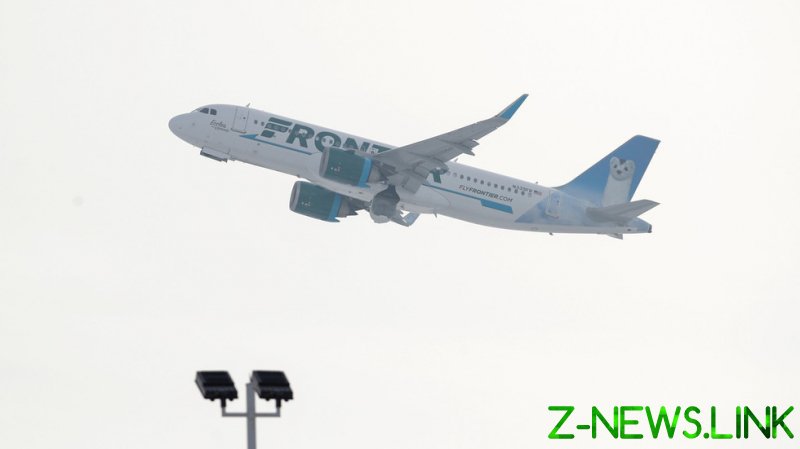 Footage of the incident made waves on Tuesday as it found its way onto social media. In the clip, a flight attendant can be seen taping a passenger to their seat, even placing the tape across their mouth, while others on the plane cheer.

“During a flight from Philadelphia to Miami on July 31, a passenger made inappropriate physical contact with a flight attendant and subsequently physically assaulted another flight attendant,” the company said. “As a result, the passenger needed to be restrained until the flight landed in Miami and law enforcement arrived.”

The passenger, Maxwell Berry, was taken into custody by Miami police and is facing three counts of battery, ABC6 reported.

Berry, 22, allegedly brushed a cup along a flight attendant’s backside and later emerged from the bathroom shirtless, requiring staff to find him a new shirt in his luggage. Berry later groped two female attendants’ chests and punched a male flight attendant in the face, police say.

“He was starting to get aggressive and basically attacked the male flight attendant,” passenger Alfredo Rivera told ABC6.

The footage was quickly and widely spread on social media, with few showing sympathy for the restrained passenger.

In a separate video allegedly featuring Berry, he is yelling about his parents being rich and having $2 million.

Despite the seeming public support for the flight attendants, Frontier has suspended them from flying duties until a full investigation can be conducted.

“The flight attendants will be, as required in such circumstances, relieved of flying pending completion of investigation of the events,” the company said. That decision itself has earned more backlash.