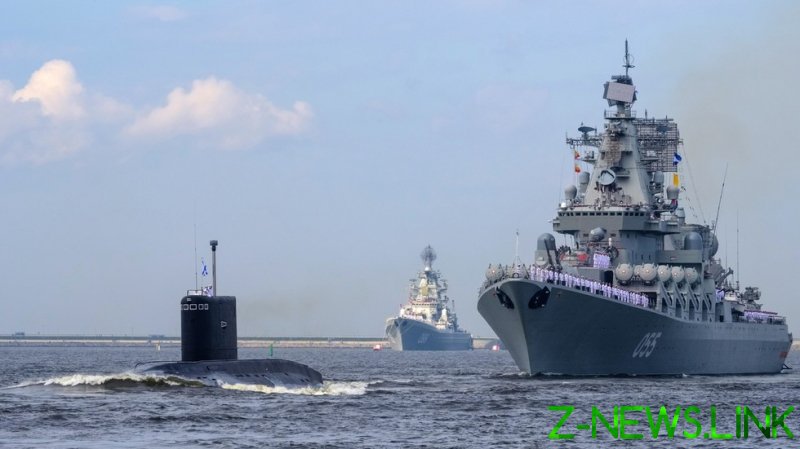 Normally, the planning horizon in the shipbuilding industry can’t be less than 30 years into the future – everyone seems to be in agreement on that. Right now, Russia has a program for the development of the industry until 2050, which seems fine. However, since it was formulated and approved some time ago, the expert opinion is that it may well be outdated and in need of adjustment.

In terms of global trends, modern shipbuilders aim for increased maneuverability and efficiency at a decreased displacement. Present-day analysts agree that aircraft carriers are useful only if you don’t plan on invading a nation any stronger than a banana republic. In a naval standoff between equal powers, they’d be taken out first because they’re easy targets for guided missiles. It’s really hard to imagine this type of ships making a safe approach to the Russian shores under any circumstances.

Both nuclear-powered ballistic missile submarines and attack submarines, in general, however, are set to stay with us for the foreseeable future. It’s not very clear yet what will replace the diesel-electric submarine – that is, Project 636 and subs of the same class. Russia still sees air-independent propulsion power systems for diesel-electric submarines as a priority, but they’re the least important component when it comes to overall efficiency. If, or rather when, rechargeable batteries are developed that could power a submarine’s operation at a speed of five knots for 15 days, air-independent propulsion will likely become a thing of the past.

On the acoustic front, present-day submarines need to be as quiet – or, rather, as ‘noisy’ – as the ocean itself. That’s what the new generation of subs is trying to achieve: to become truly acoustically invisible in water.

As for long-running major projects, such as upgrading the Udaloy II-class submarine destroyer Admiral Chabanenko, Kresta II-class guided missile cruiser Admiral Nakhimov and some of the Oscar II-class cruise missile subs, there appears to be a need for more practical solutions.

To start with, every system and component of a ship has a life cycle, just like the ship itself. Once the vessel nears the end of its cycle, it would seem a sound solution to just send it in for an upgrade.

At first glance, such an approach makes complete sense and promises to save a lot of precious funding. Metaphorically speaking, it translates to putting a new heart and lungs into an old body (in this case, an old hull). But in reality, once you open Pandora’s box, the projected costs will start to increase exponentially. In for a penny, in for a pound.

It does seem, therefore, that a new approach is in order: once the life cycle is over, do not resuscitate. It would be more practical to break up an old ship and build a new one from scratch.

This is why all the talk about upgrading the Kirov-class battlecruiser Pyotr Velikiy doesn’t really cut it. Let’s begin with a very simple question: whether or not the Russian Navy needs a 28-ton ship at all. Today, most open-ocean vessels globally do not exceed 14 tons (full load), which is two times less.

As for the merchant fleet, it might have some bright prospects with more inland routes developing. The only limitation one would face with the inland merchant fleet is the size of the ships. To sail down Russian rivers, they must not exceed 140 meters by 16 meters, so certain cargo batches may need to be downsized. However, the delivery time would save a great deal more money and resources, so this is definitely the type of project worth exploring and banking on.

There has been a lot of debate recently about using nuclear propulsion in civilian ships – not only ice breakers, but also various types of container ship, lighter barges, roll-on/roll-off vessels, tankers, etc.). On the one hand, nuclear-powered ships have to deal with the serious limitations imposed by many seaports, because the Fukushima nuclear disaster has really made people suspicious of the technology.

On the other, the Soviet Union/Russia and the United States – Westinghouse Electric Company LLC, in particular – have so far produced more nuclear submarines than any other country in the world. Russia has vast experience in producing, maintaining, and upgrading nuclear propulsion systems, and is leagues ahead of other nations in that respect. This experience is marketable, which is something worth trying to explore.

Not many welcome the idea of using unconventional energy sources in marine vessels. Of course, ships could use wind and solar energy, but such energy sources are not entirely reliable. Wind comes and goes. The same goes for the sun – one moment it’s out, and then it’s gone for who knows how long. Having an onboard nuclear reactor, however, would provide a fully controllable source of uninterrupted power supply.

Russia has also developed a floating nuclear power station – the Akademik Lomonosov barge. The Fukushima plant was destroyed by an earthquake, as we know, and then a tsunami spread radioactive particles around, contaminating the environment. Compared to that, a floating nuclear power plant is much less problematic because it can be easily transported to a safe haven nearby, if required – all it takes is a tugboat.

In just five to seven years’ time, we might be looking at a market in serious need of diversifying its nuclear power production. And Russia, with its unique potential and resources, must seize the opportunity.