Home / WORLD / AI is the ‘one ring to rule them all’, but don’t worry about ‘killer robots’, UK general says

AI is the ‘one ring to rule them all’, but don’t worry about ‘killer robots’, UK general says 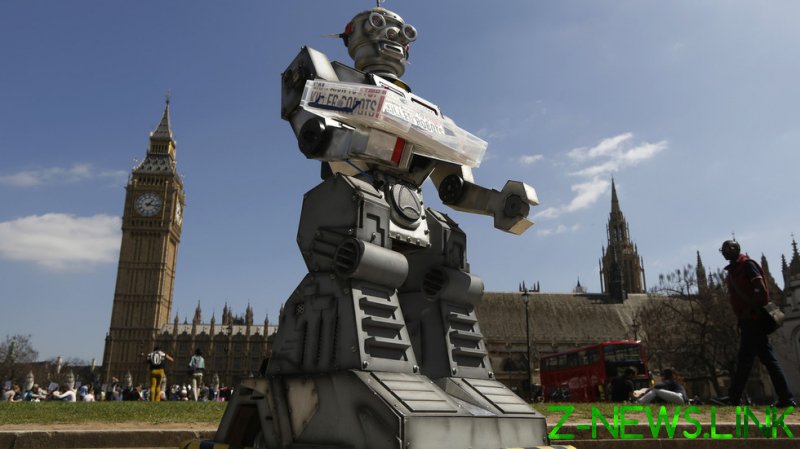 Unlocking the potential of AI will be critical to the development of emerging military technology, and it would be “mad” for the UK not to try to become a leader in the field, General Sir Patrick Sanders, the head of Britain’s Strategic Command, told the Telegraph in an interview.

“Of all the new technologies, the one ring to rule them all is AI,” he told the paper.

Advanced machine learning would allow computers to quickly parse and react to information using minimal human intervention, technology that is particularly attractive to the military because it creates the possibility of “better decision making,” the general explained. He added that advanced AI technology also opens the door to “the opportunity to begin to develop autonomy.”

Harnessing AI would radically increase the amount of data available to British troops. As a hypothetical example, Sanders said that a computer could be used to “pour through gigabytes of data to spot a disturbance on the road where there wasn’t one before,” stressing that AI is part of a human-machine “team,” with the humans firmly in charge, and the ability to exploit such computing power “moves humans up the value chain.”

The general said that human-reliant systems, known as ‘narrow AI’, should be differentiated from ‘general AI’, which makes its own decisions, raising ethical questions.

Ultimately, machines capable of responding to information must “support humans” and “humans [must] have the whip hand,” the senior military officer told the Telegraph.

While the British general seems squeamish about the idea of autonomous war bots, some countries have already signaled that AI would be used for defence purposes. Earlier this month, Russia announced that its military would soon be equipped with autonomous robots capable of acting independently on the battlefield. Defense Minister Sergey Shoigu said the machines would be capable of fighting “on their own.”

Other countries seem to think that killer robots are inevitable, but have promised that the machines will be accountable to human operators. Last year, the US military pledged that any future AI projects would be “responsible” and “governable,” as part of a set of guidelines designed to keep killer robots under firm human control.