Home / WORLD / Ahead of next month’s Russian parliamentary elections, are cracks now opening in the popularity of the pro-Putin ruling party?

Ahead of next month’s Russian parliamentary elections, are cracks now opening in the popularity of the pro-Putin ruling party? 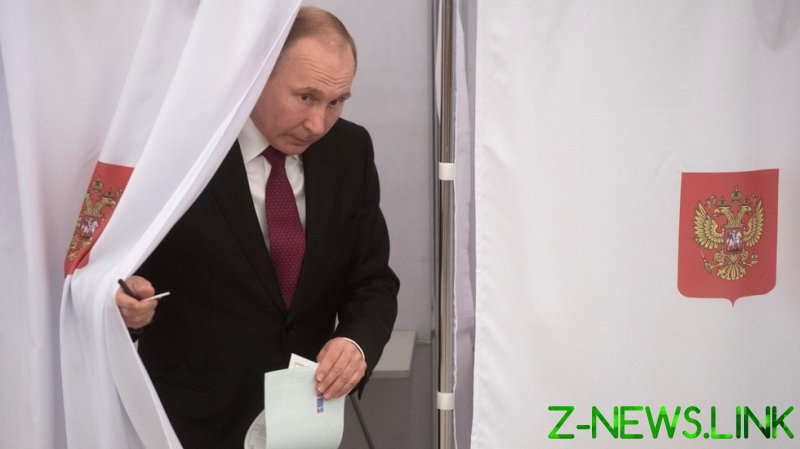 The United Russia party, which backs President Vladimir Putin and holds 334 of the State Duma’s 450 seats, is likely to come out on top. That said, there is still a lot to play for at the margins and the possibility of some major upsets remains.

In the last parliamentary elections in 2016, the ruling bloc took almost 54% of the vote. This year, opinion polls have it running much lower, with only 27% of respondents saying that they definitely intend to vote for the party. This second figure is slightly misleading as a large percentage of people declare themselves to be undecided or as not intending to vote. Counting only those who are decided, definite voters, then United Russia’s total goes up to something around 36%. This is substantially better than the headline figure, but still way below its share in 2016 when it was basking in popular support after the 2014 reabsorption of Crimea.

Clearly, therefore, United Russia’s popularity is currently on the wane. If the polls are accurate and the party has a poor showing on September 19, this could have a serious impact on the prestige of the government, as well as on its ability to get its legislative agenda through the Duma.

That said, there’s no reason for United Russia, or the Kremlin, to panic. 36% of the vote doesn’t sound too good, but it’s still substantially ahead of the party’s primary rivals, the Communist Party of the Russian Federation (CPRF) and the misnamed Liberal Democratic Party of Russia (LDPR), which are at about 20% and 12% respectively of decided, definite voters (15% and 10% of all voters). Furthermore, the Russian electoral system is such that United Russia’s 16% or so lead over the Communists will probably be enough to give it a clear majority of seats.

Berths in the Russian parliament are divided up in two different ways. Half are assigned by a proportional system, in which every party that wins 5% or more gets its share of the total in proportion to its vote, with candidates being chosen from a party list. The second half are elected using a first-past-the-post system via constituency elections.

Over a dozen parties are standing for election this year, but only four of them are currently polling over the 5% required to get seats via the party list system: United Russia, the communist CPFR, right-wing LDPR, and Fair Russia – For Truth (SRZP). About 15% of the votes are likely to be wasted on parties that won’t pass the 5% hurdle. This means that, if the polls are right, United Russia is on track to receive about 100 of the 225 party list places.

That’s well short of a majority, but what will most likely save the party are the constituency seats. First-past-the-post provides a big advantage to the party which wins a plurality. Theoretically, if votes were evenly distributed around the country, United Russia could win every single constituency. In reality though, there are likely to be some regional variations. The LDPR may do well in parts of Siberia, and the CPRF is polling close to 40% in some areas of central Russia. Nevertheless, it is expected that United Russia will sweep the vast majority of the constituency seats, winning perhaps close to 200 of the 225 total.

Overall, therefore, pollsters are currently predicting that United Russia will end up with somewhere in the region of 300 seats out of 450. The headlines indicating that the party only enjoys 26% of the vote don’t provide a very accurate picture of the likely final outcome.

Of course, one might say that this proves the claim that the elections are a travesty. But it’s worth bearing in mind that it’s not uncommon in other countries for parties to win majorities, or near majorities, in parliamentary elections with well below 50% support. The Liberal Party of Canada, for instance, has been ruling Canada for the past two years on the basis of a mere 33% of the vote received in the federal election of 2019.

It’s also worth considering the possibility that the polls may be wrong. Prior to local elections in Russia last September, pundits were predicting that United Russia would suffer a number of humiliating defeats. In fact, they came out on top almost everywhere. The same may happen again this year. The reality is that we don’t know for sure, a fact that suggests that the elections are not quite the meaningless foregone conclusion most observers imagine.

Part of this is down to the fact that many Russians who oppose the ruling party don’t bother voting. Either because they don’t like any of the alternatives or they don’t think change is genuinely possible. A situation which is hardly unique to the country, as it happens. Some opposition groups have also expressed concerns that the results may be manipulated in some regions, especially given the lack of international observers this time around, which is ostensibly linked to Covid regulations.

But even if United Russia does very badly, the beneficiaries won’t be pro-Western liberals. Quite the opposite. The most likely party to do well at United Russia’s expense is the Communists, who at present are polling several percentage points above their total in 2016. The other beneficiaries will be the LDPR and SRZP. All three of these parties are rather less liberal and more anti-Western than United Russia.

Liberal parties, meanwhile, are almost nowhere to be seen. The vote of urban, middle-class intellectuals is split between several organizations: Yabloko, Civic Platform, the Party of Growth, and New People, none of whom is currently polling more than 3%. Barring a sudden change in fortunes, the most they can hope for is three or four constituency seats.

In other words, when the governing party in Russia performs badly, communists and assorted nationalists are the ones who benefit, not pro-Western liberals. And that perhaps is how United Russia likes it. For however unpopular it becomes, it can always point to its opponents and credibly argue that the alternative is a whole lot worse. On September 19, it’s likely that that logic will prove sufficiently convincing to a sufficiently large number of Russians to guarantee United Russia another five years in power.